Rajinikanth – THE GOD WHO SPEAKS TAMIL- MIND IT! 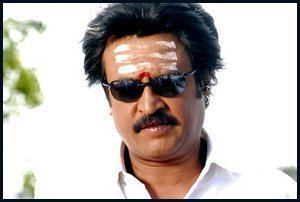 When an unassuming Maharashtrian bus conductor in Bangalore agreed to learn Tamil and do a small role in a stage play, he would never in his wildest dreams have imagined that one day he would be the idol of millions of Indians the world over. Rajinikanth, the undisputed superstar of Tamil cinema (also known as Kollywood), came from humble beginnings- a fact that reflects in his modest demeanour even today.

Being honoured with the Padma Bhushan, the Indian government’s highest honour, for his contribution to cinema, is no mean achievement, but Rajini retains his humility. His inimitable style is accentuated with his gravity-defying stunts and unforgettable peppy one-liners delivered with his trademark exaggerated mannerisms. Since he first appeared as protagonist in the movie Bairavi in 1978, he has acted in some of the highest grossing Tamil movies
and even made a few blockbuster appearances in Bollywood films like Andha Kanoon, Chalbaaz and Hum.

Known to his ever-increasing fan base as Thalaivar, this icon of Indian cinema inspires such adulation in his fans that they have vowed to get his next birthday (12-12-12) officially declared as the World Style Day. Rajini jokes flood the social networking sites every time he has a movie due for release, elevating him to an almost celestial status.

He is everyone’s favourite superstar- one who displays no love for material success, and yet is the very embodiment of it. His down-to-earth charm and polite behaviour endears him to colleagues and media members alike, and his body of work is an inspiration for every Kollywood aspirant. Ganesha
attempts to read the natal chart of this superstar, and predicts what lies ahead for him in the coming years. 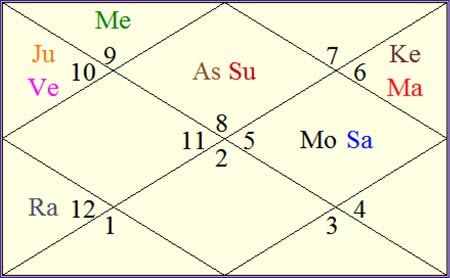 Ganesha wishes a great year ahead to superstar Rajinikanth.