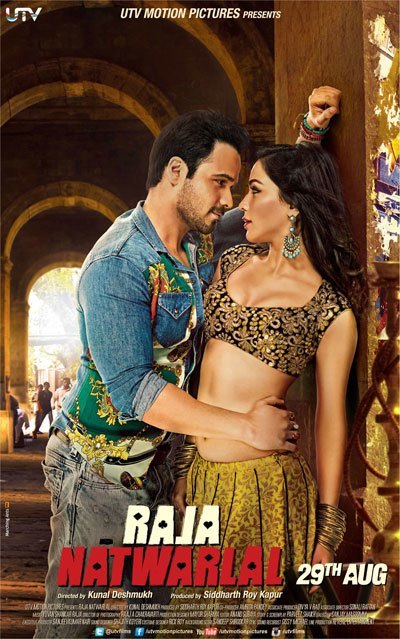 To be released on Friday, 29th August 2014, Raja Natwarlal, being touted as being loosely based on Amitabh Bachchan’s 1979 hit Mr Natwarlal, stars the serial-kisser Emraan Hashmi along with Deepak Tijori, Humaima Malik, Paresh Rawal and Kay Kay Menon. The movie is a crime-comedy thriller based on the lives of the common street conmen of Mumbai. In the movie, Hashmi and Tijori are the small-time conmen, but after the latter is murdered, Hashmi (as Raja Natwarlal) turns to a senior conman Yogi (Paresh Rawal) to take revenge for his friend’s murder. And, from there starts the story of love, betrayal, greed and revenge, during which Hashmi has to confront the powerful and unscrupulous Kay Kay Menon as Vardha Yadav. The film is directed by Kunal Deshmukh and produced by Siddharth Roy Kapur.

Ganesha with the help of Vedic Astrology looks at the Release Time Chart of this movie to predict the box-office prospects of this film.

Ganesha wishes good luck to the cast and crew of the film Raja Natwarlal..