The Planets seem to be strongly backing Radhika and she is here for serious business, says Ganesha.. 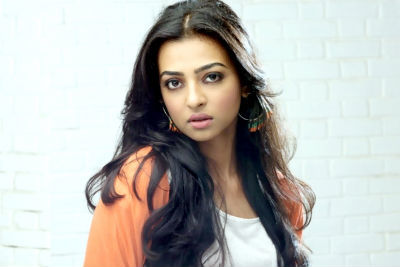 Radhika Apte – considered as a very promising and talented actress amongst the contemporary young lof of actresses, is making steady headway towards the path of fame in Bollywood and her role in Ketan Mehta's next: Manjhi - the Mountain Man, which stars Nawazuddin Siddique is being expected to win a lot of appreciation. Though not completely established, she seems to have the spark within and the required  talent to make it big in Bollywood. Reports also state that she is expected to star opposite Rajanikanth in an upcoming film. But what does Ganesha foresee for the talented Actress. Let's check out...
Radhika Apte
Date of Birth :-  07th September , 1985
Time of Birth :- Not Known
Place of Birth :- Pune , Maharashtra , India
SOLAR CHART
Owing to the unavailability of credible birth-time of the celebrity, the analysis and predictions have been done on the basis of the Solar Chart/Surya Kundli with the help of her birth-date and birth-place only.
Astrological Predictions :-
1) What do the Planets indicate about the actress?
2) Will she be able to make it big in Bollywood in the years to come or will she fade away like many others?
3) Will her performance in the upcoming intense movie - Manjhi the Mountain Man win her recognition?
Ganesha wishes a great time ahead to Radhika Apte for her career in Bollywood and for her forthcoming movies.
With Ganesha’s Grace,
Rantidev A. Upadhyay
The GaneshaSpeaks Team
Share