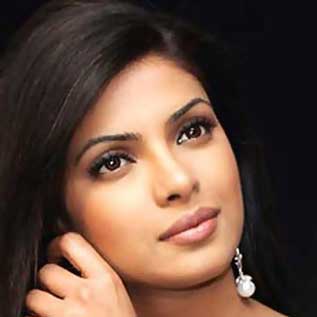 A string of box-office hits in her kitty, an American director knocking at her door to offer the role of a superhero, a cover picture in Americas top fashion magazine Harpers Bazaar, a reported romantic association with Bollywood heartthrob Shahid Kapoor and an unending list of offers in films and TV commercials.

Things cant get any better for Priyanka Chopra. She is currently Bollywoods leading lady, leaving her closest competitors miles behind in the race to the top. Nobody cares if Ashutosh Gowariker thinks otherwise.

Strangely enough, though, we never really saw the former Miss World running the rat race to the top. It has rather been a catwalk, though this doesnt mean that Priyanka hasnt worked hard for it. Catwalk is never easy. According to Ganesha, the actor has been the proverbial swan; she has managed to swim across the troubled, and often murky, waters of Bollywood without getting her feathers wet.

Ganesha uses Vedic Astrology to predict how Priyanka Chopra will fare in the upcoming year.

Between 18th July and 17th August, Priyanka needs to take extra care of her health as she is prone to injuries, severe cough and cold, and also mental anguish. The actor may also get involved in some controversy. She may face criticism from some quarters of the film industry. Love issues will be very difficult to handle as she is likely to face problems on the relationship front as well.

Between 18th August and 12th October, she may suffer disappointments. Her performances may get acknowledged but her films may do average business during this phase. Priyanka may remain in the limelight not because of her films but due to the overzealous rumor mills, and her alleged relationships with her co-stars.

Between 13th October 2009 and 16th February 2010 she may be offered a handful of big-banner projects. She may have excessive enthusiasm and her undertakings will meet success.

From 17th February, 2010 to 14th May, 2010, Priyanka will dominate the Indian cinema. Gain in name and fame is possible. On the personal front, she will enter into a relationship.

From 15th May, 2010 to 18th July, 2010, she will aim for the top slot in her chosen field and persist with positivity despite delays, obstacles and hardships along the way. She will work well in a crisis or under pressure to sustain her position. She will prefer to have freedom and independence to expand and explore new ideas and will accept challenging roles.