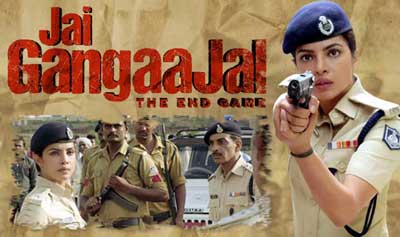 When we all came to know that Priyanka Chopra will be starring in the sequel of the 2003 action drama starring Ajay Devgn – Gangaajal, then we all were amazed and excited! Piggy Chops is known for excellent performances and the hard-hitting trailer video of the movie convinced us that she will rock the show in the movie directed by Prakash Jha! Interestingly, even Prakash Jha will be seen portraying an important character in this film. In this exclusive movie forecast, Ganesha takes a look at the starry picture of the film on the day of its release, and predicts how things will pan out for it at the Box-Office. Let’s find out whether SP Abha Mathur will pack a solid punch…

Response of the Audiences…

Strong performances by the antagonists?

Chances of delay in various areas?