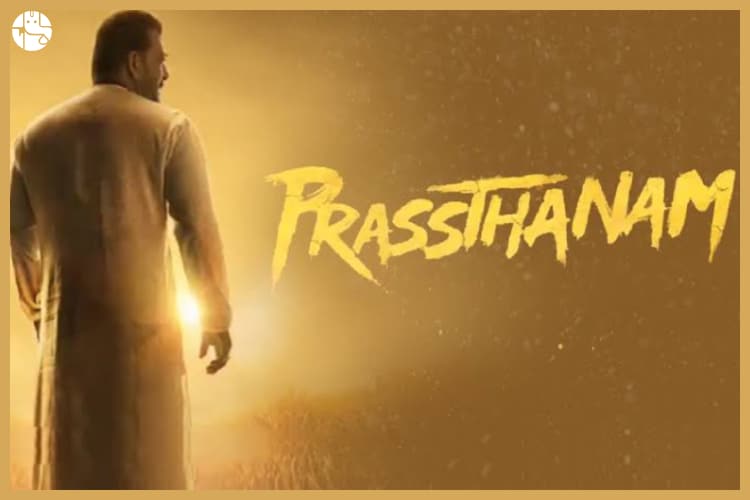 The treat for Sanjay Dutt fans is here. Sanju Baba has now gifted his fans with his upcoming film Prasthanam. The film, which is the official Hindi remake of the 2010 Telugu film of the same name, also features Manisha Koirala, Chunky Panday, Jackie Shroff, Ali Fazal and Amyra Dastur. It is the hard-hitting political-family drama.

Sanjay Dutt is shown in a menacing, powerful avatar, toting guns, leading a political party in the film. The film promises lots of action, violence, power struggles and emotions. Following a contemporary political family, the story of Prasthanam is akin to that of the Mahabharata, dealing with complex questions on dharma, morality, desire, right and wrong.

The film is produced by Sanjay’s wife Maanayata Dutt. The much-awaited Sanjay Dutt’s Prasthanam will hit the theatres on September 20, 2019. Here is the astrological analysis to know how Prassthanam will perform.

Prassthanam movie will be released during Surya Mahadasha, which is the lord of Eleventh house. Plus, the Fifth house Lord Saturn aspects the Sun-Mercury-Venus. Thus, the fate of lead actors by this movie is quite uncertain as there are no clear-cut signs of either favourable or unfavourable.

However, as the Lord of second house Mars is placed in the Eleventh house which indicates that the cast performances will be applauded in this movie but the part of luck and fortune is not expected to touch the sky. The entire team might have taken a lot of effort into the subject while making the film.

As stated, the key planets and also the natural significator of success in media Mercury-Venus are placed in the Twelfth house. The Saturn’s influences may test the patience of the whole star cast involved in the project. Thus, the above factors show uncertainties regarding the performance of the lead cast. Although their performances will be excellent, it may probably get unnoticed. Even critics and other film evaluation firms may also show lesser interest to appraise them.

On the other hand, Jupiter is aspecting the Tenth house of business and the influence of Mars which indicates it will earn money, but we cannot expect high returns as it shall not be a box-office blockbuster. Considering the planetary influences, Ganesha feels that the initial period may be slightly challenging for this film. And, overall, it may provide mixed results regarding the film’s success. Hence, we can not expect this movie to create any new records at the box office.

Overall, Prasthanam looks like an interesting film to look forward because the movie will have some brilliant performances and not only that it brings back the Sanjay Dutt we all have loved and adored over the years.

Ganesha wishes good luck and a bright future to the entire team of Prassthanam.

To Get Personalized Solution, Talk To Our Astrologers!