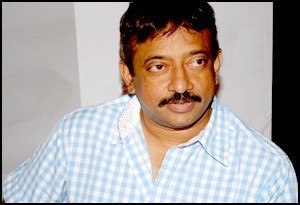 Ram Gopal Varma is an Indian film director, screenplay writer and film producer of repute. Better known among the avid film circles as RGV and Ramu, he started his journey as a film maker in late 80’s. He hails from the South Indian state of Andhra Pradesh, and his early work mostly includes Telugu films and Hindi films starring South Indian stars. He gained recognition in Bollywood with his first film itself, the 1990 movie Shiva. However, it was with his truly colourful and hugely entertaining Rangeela in the year 1995 that he finally stepped into the heart and mind space of Hindi film audiences  orldwide.

Ramu’s path-breaking Satya won six Filmfare awards, and nicely managed to slot him into the league of young and talented film makers. RGV has written, produced and directed movies across genres, with his most notable work being in psychological thrillers and underworld warfare category. Late 90’s
and early 2000 was the most prolific time for him, wherein he made some of the most memorable movies of his career. These include Dil Se, Mast, Shool, Pyaar Tune Kya Kiya, Love Ke Liye Kuch Bhi Karega, Company, Road etc. Known to bring new faces to the film screen with his movies, Varma was once an extremely popular film maker. His popularity and credibility have taken a plunge in the past few years, yet many still view him as someone with immense, unexplored potential. His broody looks and deep eyes only add to the overall aura this man has created for himself.

Two of Varma’s movies, one starring Amitabh Bachchan, are slated to release in the year 2012. Will the year and these movies manage to re-slot and re-align Varma’s place of pride in Bollywood? What’s in store for him on the personal front? As Ram Gopal Varma celebrates his golden birthday, and turns 50 on 7th April 2012, Ganesha takes a peek into the life and stars of this film-maker. 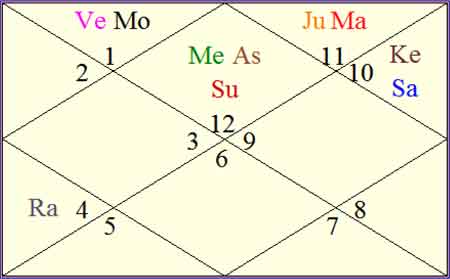 On the whole, Ganesha foresees a good year ahead for Ram Gopal Varma, one where he will feel creatively satisfied. The business may not be extra ordinary, yet things shall definitely get better for him.