Phillauri Movie Review And Box Office Predictions: Good Story, But Not A Blockbuster? 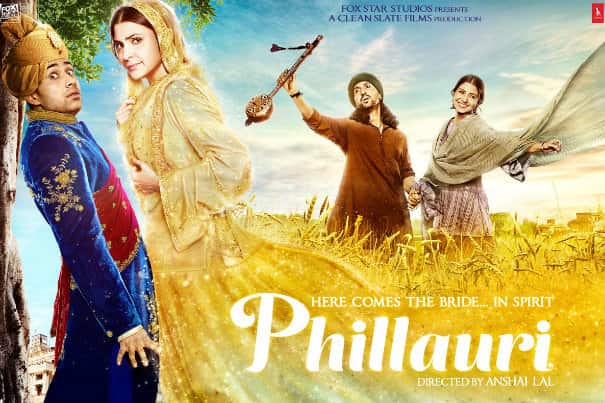 Watching romantic comedy movies like Phillauri would be one of the smartest past times in this summer, right? Produced by Anushka Sharma and her brother Karnesh under the banner of Fox Star Studios and Clean Slate Films and directed by Anshai Lal, Phillauri movie 2017 is scheduled to thrill, chill, and excite the audience today. The movie’s official poster, trailer, and songs have already made the young stars enthusiastic. So, even though Phillauri is inspired from Tim Burton’s Corpse Bride, those of you who have already decided to enjoy this light-hearted romantic comedy during this fun-filled summer, won’t be disappointed by some amazing performances by Anushka Sharma, Diljit Dosanjh, and Suraj Sharma says Ganesha.

Ganesha has come up with the latest Phillauri Review with some interesting box office predictions including Phillauri review, Phillauri cast Anushka Sharma-Diljit Dosanjh and their performance and Phillauri Box Office collection Prediction. Let’s check it out.

Instead of having a good performance, Ganesha feels Phillauri is most likely to fail in proving its worth at the box office, foresees Ganesha. Moon, being the lord of the 2nd house of wealth, is placed in the 8th house, in its enemy sign. Plus, it is hemmed between two malefic planets. This combination indicates difficulties and struggles to accumulate money, says Ganesha. Plus, malefic Ketu’s presence in the 9th house further shows challenges to stay steadily at the box office.
Know Your Business Prospects With 2017 Business Report

Even though Phillauri Box Office Prediction might not be that inspiring, the lyrics and music of the movie are likely to touch the hearts of the youth, feels Ganesha since Venus is well placed in Ascendant in the navamsa chart. However, Venus is also retrograde in its exalted sign. Therefore, the dance or overall entertainment quotient may fail to appeal the youth. Anushka Sharma and Diljit Dosanjh’s performance will get mixed appreciations from the critics and audience.

The respective house lord of the 10th house of business and 12th house of abroad / overseas are retrograde and in opposition. Ganesha feels Anushka Sharma-Diljit Dosanjh’s Phillauri may have an average success abroad and may not be accumulating enough income through overseas business.

Since malefic Saturn is sitting in the 7th house of partnership in the movie’s release chart and also aspect the 7th house lord Jupiter, the movie may probably face some controversies post release but it may not affect any of the cast’s future (including Anushka Sharma and Diljit Dosanjh) since Sun is well placed in the 10th house.

Ganesha feels Phillauri will have mixed reviews from the critics as well as the viewers. However, Anushka Sharma’s second production Phillauri is likely to charm the audience through its performance but may not be a superhit at the box office.

Get Career Guidance With Career Ask A Question
Ganesha wishes good luck for Phillauri and a bright future ahead of its lead actors Anushka Sharma, Diljit Dosanjh, other star casts, and the producers.