Parineeti Chopra – Will she- won’t she be able to experience the sweet taste of success again? 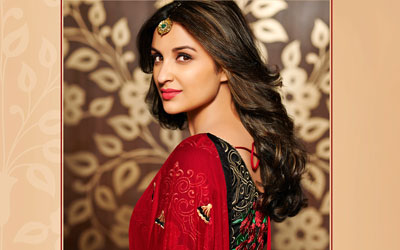 Parineeti Chopra in a new svelte avataar!Will she- won’t she be able to experience the sweet taste of success again?
Parineeti Chopra, an Investment banker with a triple honours degree in business, finance and economics! Yes, it’s true, she is a highly qualified investment banker, who didn’t really believe in the skills of acting and it’s impact. After having returned from London during economic recession in 2009, she joined Yash Raj Films as a Public Relations Consultant. And when she did get into acting, she did tat too with a bang with a 3 films deal, again with Yash Raj Films! She made her debut with Ladies Vs Ricky Behl, as a female actor in supporting role, for which she bagged awards as well! She then went on to d films as the female lead and in varied characters. Some of them are, Ishaqzaade, Shudh Desi Romance and more. While comfortable in her skin, when she did decide to shed some weight, she did so with lot of determination. Acting, something she stumbled upon as a matter of chance, became her identity in the long run. And now we get to see her in a totally new toned and fit avataar, once again comfortable in her skin. Ganesha takes a look at what lies ahead for this is in store for this bubbly, chirpy and expressive actor…

With the new svelte and stylish avatar, Parineeti has managed to grab a lot of attention, but will she be able to make a rocking ‘comeback’?
According to Parineeti’s Solar Horoscope, currently with all her skills ans hard work, she has moderate chances of gaining a good position in the limelight again. With a combination of effects that the planetary positions indicate, circumstances do not look very favorable of the expected growth in film industry. But as, amongst other things, the transiting Jupiter is positively influencing her chart, her individual relations and good terms with reputed personalities of Bollywood may fructify and result in extended support for a remarkable comeback.Will she be able to attract the right kind of offers in 2016? And, is this year creatively conducive for her?Parineeti would definitely be in a competitive spirit. She could may also receive offers for new films before 11th August 2016. She will, as always, be in a position to deliver good performances. Though she will have to really concentrate and struggle to give a polished performance and prove her talent all over again post the above mentioned period.It is rumoured that Aditya Chopra – the YRF Honcho, has promised to offer Parineeti a role in one of his upcoming big ticket productions. If the rumour proves to be true, do the stars indicate success for her?If the rumour proves to be true, Parineeti is a treasure of intrinsic acting skills along with having the will to support working sincerely. Since she has put in loads of efforts to look more glamorous and her stars do seem to be cooperative to an extent, she may taste success yet again. Ganesha wishes a great time ahead to Parineeti Chopra .

PN:
Owing to the unavailability of credible birth-time of the celebrity, analysis and predictions have been done on the basis of the Solar Chart/ Surya Kundli with the help of birth-date and birth-place only.