Jupiter’s transit through Leo will be favourable for Paresh Rawal, says Ganesha. 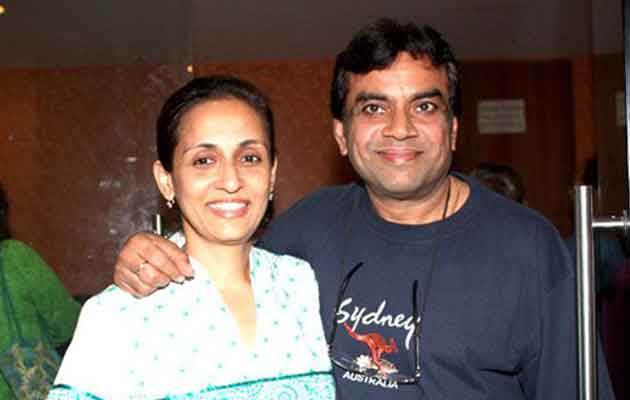 One of the most versatile actors in Bollywood and a stellar artist, Paresh Rawal is a name synonymous with acting excellence. Whether it was the role of freedom fighter Vallabhbhai Patel in the much acclaimed Sardar, or a miserly, money-mongering comedian in the popular cult classic Hera Pheri and later Maalamaal Weekly, he has done it all. In one of his finest performances in the recent years in the film OMG – Oh My God!, he charmed everyone. He has acted not just in Hindi cinema but also in Telugu films. A notable figure in the Gujarati drama and theatre circles, Rawal is popular figure in his native state Gujarat. He is married to the yesteryears’ television actress Swaroop Sampat.

At present he is a BJP member of the Lok Sabha. He won the 2014 elections from the Ahmedabad East seat. The same year he was awarded the Padma Shri, the fourth highest civilian award in India, for his contributions to the entertainment industry. Rawal has won innumerable other awards, and among his notable films are Shiva, Anadaaz Apna Apna, Tamanna, Chachi 420, Phir Hera Pheri, Deewane Huye Paagal, Naam, Bhagam Bhaag etc. We may see him soon in a biopic on Indian Prime Minister Shri Narendra Modi.

On the occasion of his 65th birthday, Ganesha, with the help of Vedic Astrology, foresees the talented actor’s future prospects, both as an actor and a politician.

As the birth time of the celebrity is not available, the following predictions are based on his Solar Horoscope (Surya Kundali), created with the help of his birth date and place only.

We wish him more prosperity and best of luck. Happy birthday Mr. Rawal!