‘No Problem’, says Ganesha while predicting the film’s fate at the BO

A formula in comic genre films, done to death- A doubting wife, a sizzling girl friend, a pal who stammers, disguised roles, stolen diamonds, a ruthless yet funny villain and a flurry of activities during the climax all the hodgepodge transforming into a rib-tickling comedy film. ‘No Problem’, which is releasing on 10th December, 2010, is no different when it comes to the storyline. However, when the gang of Bollywood hunks – Anil Kapoor, Sanjay Dutt, Suniel Shetty & Akshaye Khanna along with the king of comedy, Paresh Raval get together to tickle your funny bone, it’s something to watch out for. Sensuous Sushmita Sen and charismatic Kangana Ranaut are expected to add some spice to the film.

Although director Anees Bazmee (of ‘No Entry’ ‘Welcome’ fame) promises to deliver something hatke
this time, ‘No problem’ seems a cliché story… Will the audience still have no problem in accepting the film? Ganesha envisages the fate of ‘No Problem’ with the help of Vedic astrology. 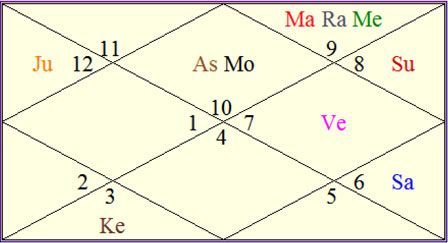 Lord Ganesha blesses the cast and crew of ‘No problem’, and wishes it a problem-free release at the Box Office.