Ganesha has very high expectations from Neeti, finds great potential in her Chart! 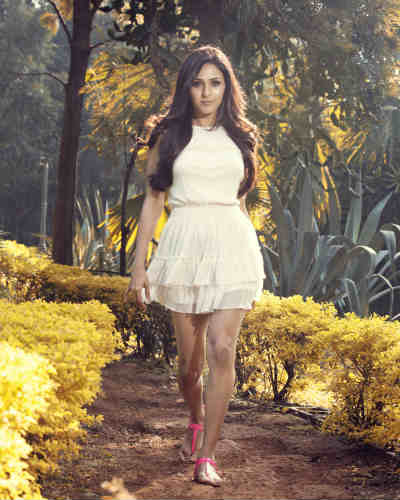 She is fresh, vibrant, bubbly, bright, magnetic and energetic. Many peopl even mistake her for a model, due to the glamoruous good-looks that she possesses. Neeti Mohan undoubtedly has one of the most refreshing voices in Bollywood and has sung some of the most popular and peppy sound-tracks like – Jia Re from Jab Tak He Jaan, Ishq Wala Love from Student of the Year and Tune Maari Entriyaan from Gundey. She has enjoyed great popularity and even performs regularly at live shows, concerts and event. What lies ahead for this ultra-talented singer with the great spark in the months to come? Will there be more hit songs that she will present? Let’s find out…

[Owing to the unavailability of credible birth-time of Neeti, the analysis and predictions have been done on the basis of the Solar Chart/ Surya Kundli with the help of her birth-date and birth-place only.]

1) What are the planetary highlights in the Horoscope of this vivacious singer?

2) Why is her spark somewhat under a cloud currently?

3) Will she deliver some more big hits in the upcoming year?