Despite an ideal plot for a blockbuster, ‘Neerja’ may not have a dream run at the Box-Office! 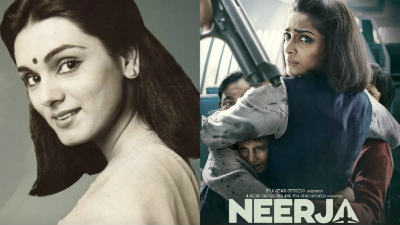 Based on one of the most inspiring real-life incidents in the recent history, Neerja the film promises to be a supremely enriching cinematic experience. Many would be aware of the phenomenon called Neerja Bhanot – the 23 year-old pretty airhostess, who amazed the world with her mind-blowing courage and daredevilry, when she displayed absolute selflessness by saving multiple lives on the PAN AM Flight 73, on the fateful day of 5th September, 1986! She is the braveheart whose role the talented Sonam Kapoor will be seen portraying in the upcoming biopic. Such was the courage and presence of mind displayed by Neerja that, she became the youngest person to receive the Ashok Chakra and also won international recognition and admiration. This is one of those films which should not be judged by the money that it makes at the Box-Office and should instead be celebrated and appreciated for covering the spirit, fortitude and the essence of what will always be remembered by people as Neerja Bhanot – the woman who refused to bow down in front of what was wrong, and that angel who displayed the finest brand of humanity and selflessness! Directed by Ram Madhvani, this film will be releasing on February 19. Let’s find out what the stars indicate about the film’s fortunes at the Box-Office.

Winning Hearts, not the Moolah Race!

Awards and Honours – Why Not!