Keep Calm and Take Things As They Come – Ganesha Tells Nargis; Housefull 3 May Not Add Much Glitter - GaneshaSpeaks
https://www.ganeshaspeaks.com

Keep Calm and Take Things As They Come – Ganesha Tells Nargis; Housefull 3 May Not Add Much Glitter 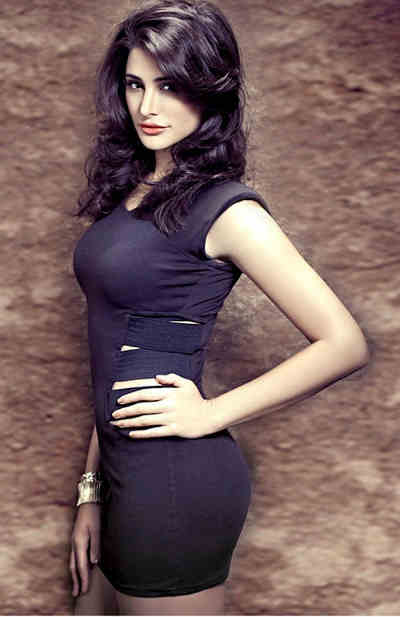 Charming multitudes of cinema-goers with her exotic looks and unconventional appeal in Rockstar as Heer Kaul – Nargis Fakhri has been progressing at her own pace in the world of Bollywood. Though the New York born actress’ dazzle hasn’t been too blinding, with her glamorous performances and the classy oomph quotient, one thing seems to be clear – she’s here to stay! There are very few actresses who would be able to look so hot at 36! Born to a Pakistani father and a Czech mother, Nargis appeared on America’s Next Top Model and has been a model for top brands. She has starred in films like Madras Cafe – a critically acclaimed film directed by Shoojit Sircar, starring John Abraham, the David Dhawan directorial Main Tera Hero and the latest release – Azhar – in which she has played the role of Sangeeta Bijlani, the second wife of former Indian Captain Mohammed Azharuddin. The pretty actress will be next seen in the multi-starrer Dishoom. Will she be able to establish herself in a more consolidated manner in the times to come? How will things shape up for her in the months to come? Let’s get an idea from Ganesha’s Astrological readings.

The Power of Her Stars:
Ganesha observes that Nargis is born with Venus in Libra, which indicates that she is a born charmer. Venus being in its own Sign is a very good placement for one to shine in the creative and entertainment spheres. Most of us have been in awe with her wonderful sense of fashion and style, and yes, this area can be attrbuted to such a strongly placed Venus. It also indicates that she possesses a tremendous sense of balance when it comes to performing arts and creative ventures. One thing to be noted here is that apart from the empowerment of Venus due to its placement in its own Sign, the Libran influence gets heightened because of the presence of the Sun and Mercury in the airy Sign of Libra. So, she is somehow, destined to shine in the glamour world. Apart from the bright areas, Ganesha notes that she is born with the combination of Jupiter and Rahu which forms the Chandaal Dosha. This indicates that she will face problems in the relationship sphere or she may have to face some defamation due to problems in the relationship.The Saturn and Rahu conjunction in her Chart creates Shraapit Dosha, which indicates problems in achieving goals and ambitions. This very combination may be slowing down her general success. Due to a debilitated Mars, she would be prone to illnesses and may have a low resistance power.

The Way Ahead:
Currently Jupiter and Rahu are transiting over her Natal Saturn, Rahu and Jupiter. The ‘Jupiter Return’ phase is in operation for her currently. Keeping in mind these aspects, Ganesha feels that though it is a tough phase for her, she will ultimately be able to take wise decisions and make the best use of the opportunities that come her way. The period after 11th August, 2016 will be much better for her as Jupiter will be transiting over Natal Moon. She will be able to gain more mental satisfaction and happiness. There may be some auspicious events that may take place in her life. Ganesha feels that Nargis is likely to face health issues till 30th June, 2016 and her life will be pretty ordinary till then. After that, things will look good as far as her health is concerned.During the second and third quarters of 2017, Nargis is going to remain in the limelight and her performance will be highly appreciated. Talking of her upcoming release – Housefull 3, Ganesha feels that her performance will be well received at the box office, but Nargis is not going to get much mileage out of the same.In a nutshell, things will change for the better for Nargis post August 2016.