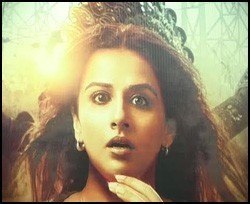 When the numero uno Bollywood actress of the year 2011 features in what’s being touted as the role of a lifetime, the anticipative wait by innumerable fans for the movie is more than justified. Kahaani, the much-awaited intense thriller, set in Kolkata, produced and directed by Sujoy Ghosh, stars the hugely talented Vidya Balan in yet another woman-centric role. The movie revolves around the lead character Vidya Bagchi who is alone and seven months pregnant. Straight from London, Ms. Bagchi, in the film Kahaani, frantically scours the by-lanes of the ‘City of Joy’ looking for her lost husband Arnab Bagchi. With nothing to rely on except fragments from her memories about her husband, Vidya soon sees all possible ways reaching a dead end,
especially when everyone tries to convince her that her husband does not even exist!

Does the father of Vidya’s child exist only in her mind? Or, is there much more to the story than what meets the eye? The answer lies in Kahaani,
and to watch it you will need to wait till 9th March 2012, when its slated to release nationwide. Here, Ganesha looks at the release time chart of the film with the help of Vedic astrology. 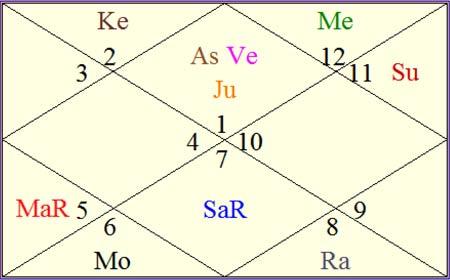 Ganesha wishes good luck to the cast and crew of Kahaani.