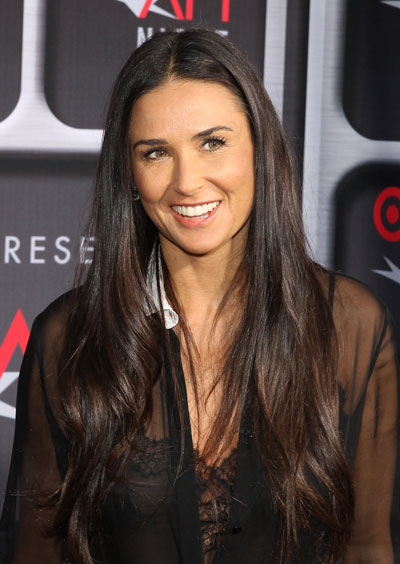 She is 48 & still going on fabulously. Grace personified, American actress Demi Moore Kutcher is blowing out her birthday candles, today. One of the highest paid actresses of her times, the vivacious beauty ruled over Hollywood in the 1990’s. She enthralled the audience with her performances in films like Ghost, A Few Good Men, Indecent Proposal, & Charles Angels ÃÂ Full Throttle. Though professionally a glamorous diva, her personal life was full of crests & troughs. She married singer Freddy Moore at the age of 17 and soon parted ways with him to marry actor Bruce Willis, and became a mother of three daughters. Fate had something more in store for her as she divorced Bruce in the year 2000 & got married to actor Ashton Kutcher in 2005. The couple is together till date.
Considered to be ‘the world’s most high-profile doll collector’, Moore recently expressed her desire to have a baby with Ashton Kutcher. Will she enjoy motherhood once again? Where will her acting career take her? Ganesha finds out with the help of Vedic Astrology.

Good luck and may Lord Ganesha bless Demi Moore with success in the coming year.