Know what Ganesha predicts about Milind Soman on his birthday 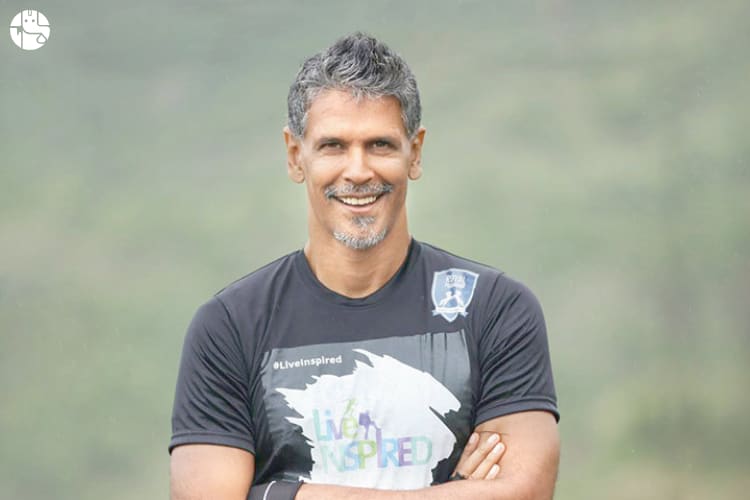 With so many faces in the Bollywood film industry, people can not forget this glamorous and charming face. Apart from being a supermodel and actor, he is also known to produce films and promote fitness. That’s none other than Milind Soman.

Soman started his journey in modeling in 1988. His music video, Made In India, with Alisha Chinai in 1995 went on to become successful and earned him fame. In 1990, he was seen in a lead role in Indian science fiction TV series, Captain Vyom. His film career began from 2000 after which he starred in films like 16 December, Pachaikili Muthucharam, Rules: Pyaar Ka Superhit Formula, Paiyaa, and Agni Varsha. Apart from Bollywood, he has also starred in many English and foreign-language films and TV series which include Valley of Flowers and The Flag. He also played a character role in Bollywood film Bajirao Mastani released in 2016.

Milind is a strong and versatile sportsman. He has participated at International level in swimming. He started by participating in Maharashtra when he was 10. He has won the National Swimming Championship at a Senior level for four years consecutively (1984-87). He also earned the title ‘Ironman’ in 2015 for completing the challenge in 15 hours and 19 minutes in the first attempt. He has also completed the Ultrathon 520 km race conducted in Florida in 2017 which consisted of a swim, bike riding and running.

It’s now time for this dashing star to celebrate his birthday. Based on his date of birth and Janampatri of his birth chart, let’s see the horoscope analysis for Milind Soman.

Milind Soman is born with Libra Ascendant and Ascendant lord (lord for self), Venus is placed in the third house (house of hard work & courage). This position indicates that he enjoys his work and has a potential and all the prudence and intelligent to mark his success in the Indian Cinema. He has been working as a model, actor, producer and reality television personality.

The placement of Mercury, the 12th lord (lord away from birthplace) is in the second house (house of wealth & family), thereby he got success in the place away from his birthplace. The placement of Rahu in the eight house (house of hidden & unexpected things), is giving him the chance to do well in his life, however, only after putting a lot of effort. Moreover, this position indicates that he likes to experiment a lot.

The placement of Jupiter in his horoscope confirms that he is a man of principles who is deeply attached to his roots. He believes in hard work, self discipline and perseverance is the reason for his success.

Mars, the karaka planet for fitness is placed in the second house, thereby this placement is making him a fitness enthusiast and is helping him to break records.

In the upcoming year, benefic Jupiter will be transiting through the third and fourth houses respectively. Thus, luck will favor him well to give good performances. His performances will be liked and appreciated by his audience. Planets will give him a deep inclination to do different roles and experiment.

According to the planetary influence, he will give some drastic performances which will be different and intense in nature. Certainly, the next year would be a learning phase of him and he would make the best out of it.

On the personal front, since Jupiter is blessing him by being placed in the ninth house (house of luck & fortune), he would be able to manage his relationship well. At the same time next year, he is likely to be highly impulsive and sensitive in nature which will create trouble in the relationship. Though, it will not have any impact on his public image.

In a nutshell, he is likely to be blessed with success along with new releases which will bring him happiness and feeling of contentment. He is likely to take up new assignments which will help him to bring name and fame and his monetary inflow is likely to improve.

Ganesha wishes him a very Happy Birthday and the best for his future endeavors.