Despite an Average Run on Day 1, Mastizaade May Go on to Become a Bone-tickling Masala Flick! 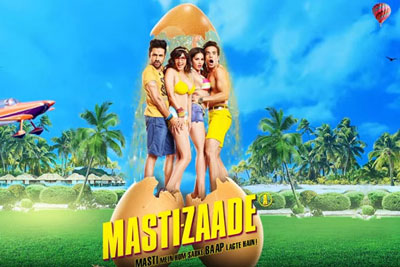 The film may open to a mild response in foreign lands, but may do well in smaller pockets in India…
Ever since the first promo of the film Mastizaade was released, there has been a lot of buzz and anticipation. The adult-comedy, which stars Tusshar Kapoor, Vir Das, Sunny Leone and Gizele Thakral has been enjoying a good run as far as the pre-release marketing and promotions are concerned. With some hot performances and some dialogues that promise to tickle our funny bone, this movie, directed by Milap Zaveri and produced by Pritish Nandy Communications, seems to have the required masala! Find out with this exclusive astrological forecast, how the movie may fare at the Box-Office…

The Actresses of This Film – the Real Crowdpullers!

Ganesha wishes good luck to the cast and crew of ‘Mastizaade’.