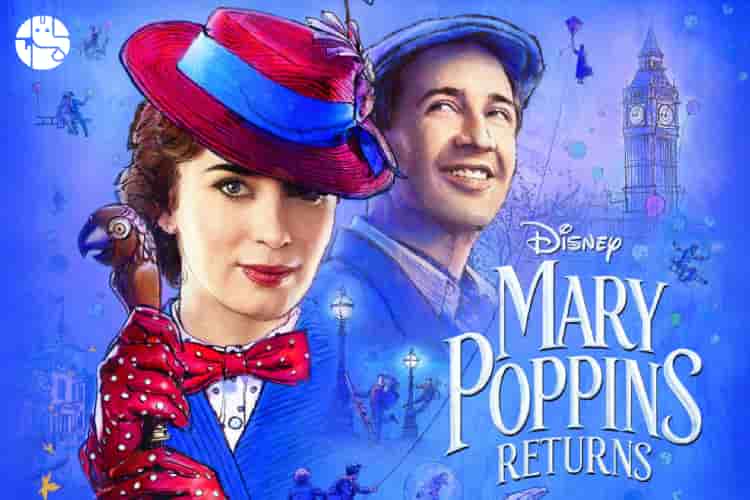 Indeed, Hollywood is the largest film industry in the world. It reflects the influence of the United States of America (U.S.A.), which is considered to be the premier country among the nations. Well, Hollywood frequently creates movies which go beyond national boundaries and the restrictions of language and culture. One of the interesting themes is fantasy. Though this theme is not very common but for sure some movies in this category have made a deep mark in the minds of the audience. Mary Poppins Returns is the latest movie which belongs to the fantasy category.

Mary Poppins Returns is a musical fantasy film. It is directed by Rob Marshall and written by David Magee, from a story by Magee, Marshall, and John DeLuca. Based on the book series by P. L. Travers, this sequel to 1964’s Mary Poppins stars Emily Blunt as the eponymous character, with Lin-Manuel Miranda, Ben Whishaw, Emily Mortimer, Julie Walters, Dick Van Dyke, Angela Lansbury, Colin Firth, and Meryl Streep in supporting roles. Van Dyke is the only actor from the original to return, portraying the son of one of his original characters. Set in 1930s London, two decades after the events of the original film, it sees Poppins, the former nanny of Jane and Michael Banks, returning after a family tragedy.

Will the upcoming movie Mary Poppins Returns deals with fantasy topic. Can it live up to the expectations of the audience? Will the movie impress the audience? Will it cross national boundaries and the barriers of language? Here is what Ganesha has predicted about this movie. Read on:

The movie Mary Poppins Returns is being released in the Sagittarius ascendant. As both Sun and Saturn are placed in the ascendant, so the movie may exhibit a very good combination of fantasy and reality, predicts Ganesha.

This superb combination of fantasy with strong elements of reality can do wonders. Mary Poppins Returns will show what it wants to without diluting on any count, foresees Ganesha. In fact, this combination will draw the audience from far and wide. Are you concerned about your career? Buy the 2020 Career Report.

As Mary Poppins Returns draws from history and is based on a legend, the movie is bound to attract the audience, sees Ganesha. In fact, the movie will have an interesting story and the audience will stay glued to their seats.

Besides, Mary Poppins Returns will have a proper soundtrack, music, technicality, expression of emotions and other aspects. These factors will make the movie earn good revenues not just in the opening & initial phase but later also. It can be said that Mary Poppins Returns will not discourage or disappoint the audience at large. As per the astrology prediction, this movie will do well. Are you confused about your finances? Access the 2020 Finance Report.

However, the critics may find some drawbacks in Mary Poppins Returns. But these points will not be very strong, On the whole, the movie will be considered good by the audience. Those performing in this movie will display their acting and other skills very well, which will add strength to the movie, sees Ganesha.

The audience will enjoy the movie. The movie will move slowly but steadily in the collection of revenues.