The Power of Saturn completely manifests itself in the Horoscope of Margaret Thatcher! 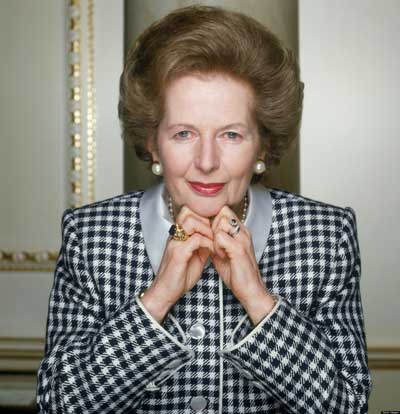 When we talk of politics and intellect together, there a few people who would come to out mind, but a striking name that may come to our mind is that of the late Margaret Thatcher! Being a research chemist originally becoming a barrister, who was later elected as Member of Parliament in 1959, Margaret’s rise to international fame and prominence makes for a spectacular success story! Born as Margaret Hilda Roberts, the strong lady has had a life and career, which many would wish they could own at least once in their lifetime! The birthday of the lady with the amazing charisma falls on 13 October. Check out the striking highlights of her Natal Chart in the article!

Libra Ascendant: A Cardinal Sign indicating Leadership…
Margaret Thatcher was born with Libra Ascendant and the Lord of the Ascendant Venus is placed in the 2nd House in her Natal Chart.

Saturn Power: Blessings for Long-lasting fame!
Saturn happens to be the key planet in Thatcher’s chart as it is a functional benefic and is the Yogakaraka for Libra Ascendant natives. Saturn is exalted in Libra at 20 Degrees, which happens to be the highest degree of exaltation of Saturn! In such a position, the most positive qualities of Saturn are likely to manifest in an enhanced way. Saturn in the 1st House confers upon the native, practicality and prudence and the ability to think with the long term view in mind. This placement tends to produce strong-willed people who are naturally given to commanding others. This placement of Saturn in Libra also confers a significant amount of career success and extraordinary public recognition.

Mercury in the Ascendant…
Mercury, who is the Lord of the 9th House, is positioned in the Ascendant itself, along with the tremendously powerful Saturn! 9Th House happens to be the House of Honour, Social Recognition, Fortune and Power. Even this position of Mercury adds up to the power of the Horoscope and the Ascendant particularly.

Moon Ensuring Realization of Ambitions…
The Moon, who happens to be the Lord of the 10th House, is in Leo placed high up in the chart and this suggests that she was a natural and gifted leader with great charisma. The Moon was ruler of the 10th House (status, career, power) as was placed in the 11th House of gains. This is usually a very good placement for successful people as it means their wishes and desires are more likely to get fulfilled.

Leadership:
The Sun conjunct with Mars in Virgo gave her the ability to command and the quality of leadership. This also gave her a determined approach and the mental ability tackle with issues. The negative side of this placement is that it makes a person short-tempered.

Jupiter Blessing her with Intellectual Depth…
Jupiter is Swagruhi and is placed in the 3rd House, which indicates that the person would be given to generosity and would be calm hearted, interested in charity & religion. She would be sweet, popular, truthful and sweet spoken. She would be a firm temperament and respected by all.

Pleasant Speech and Charm…
The Ascendent lord Venus is in Scorpio and is placed in the 2nd House. This gave her a charming face with a glow and lustre. Venus’s position in the 2nd House makes one skilled at communication and blesses a native with pleasant speech. Thus, she was impressive in speech. Venus in the 2nd House blessed her with an ability to influence others with the power of her speech.

Margaret Thatcher and the legacy left behind by her, shall always make for a bright spot in the history of the greats!

May Margaret Thatcher’s soul rest in peace and may her glory eternally enchant people.