The ‘Mandana Effect’ in Bigg Boss 9 may not come to an end so soon, indicate the planets! 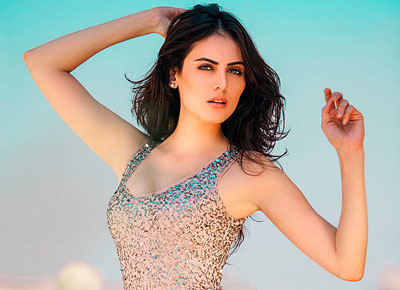 Mandana may face a roller-coaster ride in matters of romance post January 2016 and she may blaze her way into Bollywood!
Mandana Karimi – seems to be controversy’s chosen child in this season of Bigg Boss! Right from the initial days of the program, she has been firing on all the cylinders when it comes to creating spice and buzz on television. With antics, histrionics and tantrum-tactics properly in place, she has managed to be the most talked about contestant of the show, though most of her co-participants may not conform to her annoying ways! Taking all the housemates to task, getting into messy situations, creating war-like situations with Keith Sequeira and a concoction of such eccentricities are some of the elements that have made Mandana a big enigma on the popular reality show hosted by Salman Khan! What makes this Iranian model a ‘differrent star’ that she is? Considering her gorgeous looks and charming persona, does she have a bright future in Bollywood? Find out the answers in the article…

[Owing to the unavailability of credible birth-time of Mandana, the analysis and predictions have been done on the basis of the Solar Chart/ Surya Kundli with the help of her birth-date and birth-place only.]

1) Will she emerge as a favourite this season? Or will she be eliminated soon?

Mandana is here to stay, the Planets say!

2) How will her Bollywood career shape after this stint on tv? Overall future; special points, if any?
Important astrological observations:

Be Careful with words! – Ganesha advises…

Ganesha wishes a great time ahead to Mandana Karimi.