Bold and beautiful Lindsay Lohan is great fan of Marilyn Monroe to the extent that she owns the apartment where Marilyn once lived. This, however, is not so much to be impressed about. What leaves everyone surprised is that Lohan has recently done a photo shoot in which she wore nothing but a blonde wig! How fantastic, isn’t it? And everyone should be jealous of photographer Bert Stern who had photographed Monroe in 1962 at the Hotel Bel-Air in California and also captured Lohan.

Ganesha interlinks Lindsay and Marilyn’s birth horoscopes to study why there is such a strong bond between these two celebrities, one who rests in peace and another who creates unrest in the hearts of her fans. 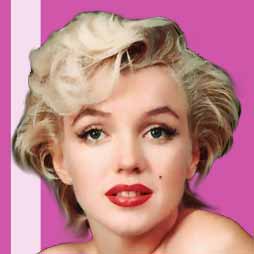 Marilyn had Venus Square Moon which gave her beauty and Venus’ position in the Midheaven (10th house or Karma Bhuvan) gave her achievements in the field of arts, although Venus is in detrimental sign. In fact there is exchange between her retrograde Saturn and Venus as per a rule of astrology, which is not much used even by expert astrologers. Saturn is posited in Venus’ sign and Venus is posited in Saturn’s sign of debilitation, which is considered a kind of exchange but to express it in words, it is called ‘Saturn in Anyo Anya Neecha Yoga with Venus.’ This Cancer Ascendant sensitive-sensational actress and super-woman of her time had a tragic death. 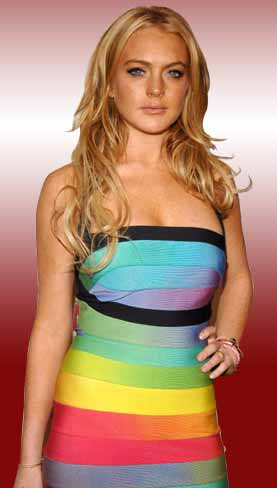 As Lindsay’s birth time is unavailable, Ganesha would just like to point out few points in her chart. One is, Venus’ position in Cancer Square Moon (resembles with Marilyn’s horoscope). Retrograde Mars’ 8th aspect on her Natal Venus which has given her excessive sexual drive.

Some Interlinks between Marilyn Monroe and Lindsay Lohan’s horoscopes

Ganesha notes that both of them have same aspect Moon Square Venus, however, if Lindsay was born at night, things would be different. A strong link here is, Lindsay’s Venus falls in Marilyn’s Ascendant and that too in opposition to Marilyn’s Natal Moon! No wonder Lindsay adores and appreciates Marilyn so much.

Lindsay has been enterprising and is known for doing something new and radically different that keeps surprising the world. Marilyn even after her death keeps surprising the world with her fame! There is also some mystic connection between Marilyn’s Neptune and Lindsay’s Venus as both are placed in the same sign. Last but not the least, both of them also have Jupiter in the same sign. So, right from their morals and ideals for life (Jupiter) to appreciation of beauty and art (Venus), they match with each other. Marilyn had Venus in Aries and that too in Midheaven, so she was eminent beauty of her times giving bold scenes. On the other hand, Lindsay has Venus conjunct Mercury, hence, she has added benefit of intellect linked with her beauty and artistic abilities that she possesses. She will definitely have fame if she gives a nude pose in Marilyn’s style; this will become a hot news and keep her in the limelight for long.

It is to be noted that this news came into light while Venus is passing through Capricorn where Marilyn’s Natal Moon is placed and while it was making opposition aspect (which is considered complimentary too) with Lindsay’s Venus! Ganesha foresees Lindsay Lohan facing some controversy regarding this picture in the future. However, her Venus is in the sign ruled by Moon, which confirms that she definitely has a huge space for Marilyn Monroe in her heart.

May Marilyn Monroe live long in the hearts of her fans!