‘Lamhaa’ may not create desired impact on the audience, feels Ganesha

Once known as the paradise of India, Kashmir has now become a sensitive subject, not only for the nation, but also for filmmakers, who have highlighted innumerable issues faced by the valley’s people, at different times, in different ways. And this time it’s director Rahul Dholakia’s ‘Lamhaa’. Rahul seems to have taken up the task of highlighting true stories with human interest as their prime focus. His earlier film Parzania, which won a National Film Award was based on a true story of a boy who went missing during Gujarat’s communal riots in 2002. Similarly, ‘Lamhaa’ too throws light on various issues Kashmir has faced over the years. The idea of the film struck the director when a student described Kashmir as a ‘beautiful prison’. Shot in the troubled valley of Kashmir, the film is all set to release on 16th July, 2010. It stars Sanjay Dutt, Bipasha Basu, Kunal Kapoor and Anupam Kher. Besides scenic locales, the audience should check out Bipasha’s deglam, burqa-clad avatar. Will ‘Lamhaa’ be able to create a long-lasting impact on the mind of the audience? Ganesha foretells the future of this film based on Vedic Astrology. 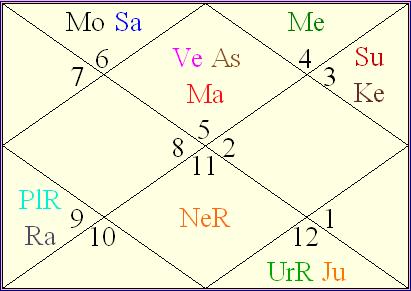 Considering all the factors mentioned above, Ganesha feels that although ‘Lamhaa’ may be a well-made film, with a human interest story, it may not achieve great success at the box office.May Lord Ganesha grant many moments of happiness to the cast and crew of ‘Lamhaa’.Ganesha’s Grace,Bhavesh N. PattniThe GaneshaSpeaks Team