Kriti Sanon- an astrological study of her Destiny. - GaneshaSpeaks
https://www.ganeshaspeaks.com

Kriti Sanon is excited about her role in Dilwale. Ganesha finds out what’s in store for the beauty.. 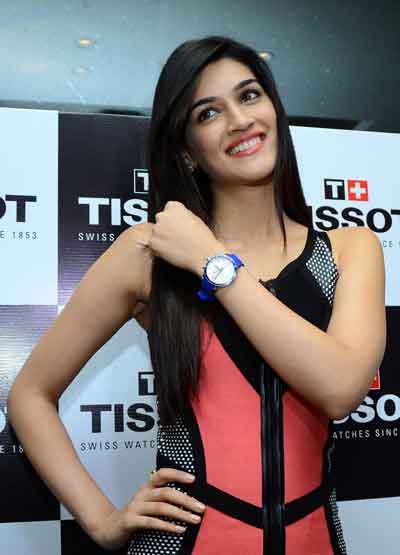 Kriti Sanon is an actress who always comes across as refreshing, bubbling and vivacious! She has that thousand watt infectious smile- which can charm anything, literally anything and a lot of magnetism and oodles of beauty! Kriti, born to a Chartered Accountant father and an Associate Professor mother, has had a good academic background. She studied in the Delhi Public School, R K Puram, New Delhi and holds a B.Tech degree in Electronics and Communication, from Jaypee Institute of Information Technology, Noida. So, she is surely a beauty with brains! The charming actress made her debut with Tiger Shroff in the much hyped and popular movie Heropanti for which she won the Filmfare Award for Best Female Debut! But, before that she also acted in Telugu films. Now, she is all charged up for her role in the high-voltage movie Dilwale- directed by Rohit Shetty, which has heavyweight entertainers like Shah Rukh Khan, Kajol and the stud with whom she is being paired with – Varun Dhawan. Ganesha finds out what her Planets indicate about her future and her journey in Bollywood. Let’s read on to find out…

The Celebrity’s details are based on Solar Horoscope (Surya Kundli) with the help of Birth date and place, as the Birth time is not available.
Astrological Observation:-

Astrological Predictions :-
1) How will her outing in Dilwale- the super-anticipated film, directed by Rohit Shetty be?

2) Will Dilwale help her in concretely establishing herself in the Bollywood?

3) Is her popularity going to swell in the coming future? Are the planets conducive?