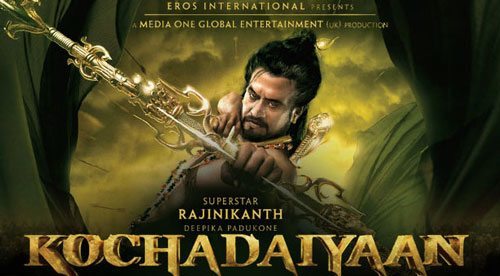 Looking at his popularity, especially amongst the Asian communities, it would be an understatement to call him a superstar. Megastar would be a better word to describe Rajinikanth. His last film – Enthiran – was released in 2010, no wonder his fans feel that they have waited far too long to see their idol on the silver screen once again. And the wait is finally over! Kochadaiiyaan, an animated 3D Tamil period film, starring Rajinikanth, Deepika Padukone, Aadhi, Jackie Shroff in important roles will hit the theatres on May 23. It will be worth the wait for Rajinikanth’s fans as he portrays three roles in this much awaited film. Music by Oscar winning music director A. R. Rahman has already created buzz about this directorial venture of Soundarya R. Ashwin.

Ganesha analyses the release time chart of Kochadaiiyaan and foresees how the film will perform at the box-office. Read on!

Good luck to the cast and crew of Kochadaiiyaan.

A personal problem causing you pain? Trust us for a solution! We will bring you a clear answer basis your Horoscope – absolutely applicable and relevant to your life. Avail Personal Ask A Question – Detailed Advice report for completely personalised and reliable advice.