King of Bollywood or King of Controversies? 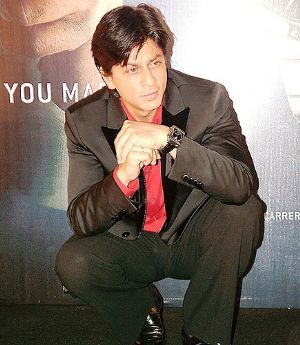 King Shahrukh Khan was born on 2nd November 1965 in New Delhi with rising Leo ascendant. He is a highly acclaimed Bollywood actor as well as producer. The Lord of tenth house Venus, which is the significator of art and acting, is situated in the fifth house of acting. Hence, Khan started his acting career in 1988 appearing in the television series Fauji playing the role of Commando Abhimanyu Rai. He went on to appear in several other television serials most notably appearing in the 1989 serial Circus, which depicted the life of circus performers and was directed by Aziz Mirza.

Due to placement of Saturn in seventh house, he has been earning fame and name not only in India but also in foreign land. The situation of Rahu is in Kendra i.e tenth house creating winning position in front of him. As Saturn is a slow moving planet, khan is making step by step progress. At this time, he is under the influence of Antardasha of Rahu in Mahadasha of Jupiter. Antardasha Lord is placed in the twelfth house from Mahadasha Lord. This shows that the time till end of Antardasha Lord Rahu would not be favourable for him. It might give some amount of difficulty in respect to his publicity during this period i.e till end of first quarter of next year. Ganesha notes that Sun is debilitated in third house and Moon which is situated in the twelfth house. These factors are more responsible for smoking addiction. Because of the negative and unfavourable Antardasha, the National Organization for Tobacco Eradication Goa-based anti-tobacco non-governmental organization, on Friday issued legal notice to actor Shah Rukh Khan. The NGO has described, in its notice Mr. Khan’s acts as “illegal, indecent and unethical” and observed that the acts were watched on television by millions of people, including children. He should be careful for the next month. From the end of November of current year, transiting Jupiter will pass through fifth house and will aspect the ninth, eleventh as well as the first house. This indicates that he will show some improvement for his problems at professional front. As far as profession is concerned, there shall be more financial gains in next year.

Currently he is under the influence of Jupiter, which is aspecting the fifth house where Venus is situated. This period of 16 years is going to finish from March 2008. From 6th March 2008, the major period of Saturn will start. Saturn is posited in seventh house, which shows his social life. As Saturn is significator of politics, there are strong chances of his joining politics from March 2008 onwards.

Ganesha wishes him all the success and glory on his birthday! May he continue receiving name and fame!