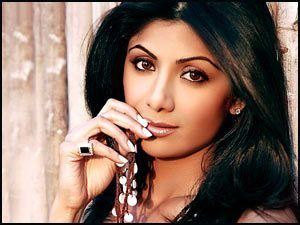 Life didn't bring her everything on a platter, and yet, she has done a fine job of creating an uber chic niche for herself in the world of glamour. And today, she is a style icon in India, in her own special way, and has wooed many a national and international audience. That's Shilpa Shetty for you!

In spite of starting off as an unpolished, rather-plain looking teenager in a small role, where she was killed halfway through the movie (Baazigar), Shilpa managed to catch the fancy of film lovers. And, soon she morphed into this super-hot, glamorous babe with a statuesque figure to die-for. Despite having a not-so-successful run at the silver screen, and despite facing many controversies for her penchant to go under the knife repeatedly to improve her looks, Shilpa Shetty surely has come a long way. Since her first Bollywood outing in the film Baazigar in the year 1993 opposite Shahrukh Khan, Shilpa has appeared in over 40 Bollywood and South Indian films. She has also done myriad advertisements, a hugely successful fitness and Yoga video, umpteen television shows including the British show Celebrity Big Brother (2007), where she was crowned the winner, post a racism controversy. Till date, the movies like Phir Milenge, where she played an AIDS patient, Life in a Metro, Rishtey and Dhadkan remain her best and most admirable screen appearances.

Shilpa's polished looks, personal style and diva-like appearances in parties and glamour events have always managed to hit the headlines. In the year 2009, Shilpa tied the nuptial knot with UK-based hotshot businessman Raj Kundra, and the couple was recently blessed with a baby-boy. Together, Raj and Shilpa make an impressive couple. The yummy mommy Shilpa turns 37 on 8th June. How will the stars favour this sensuous IPL Team owner? Ganesha takes a peek at her life and future on this happy occasion.