What awaits 'peaches and cream' Katrina Kaif? Ganesha finds on her birthday... 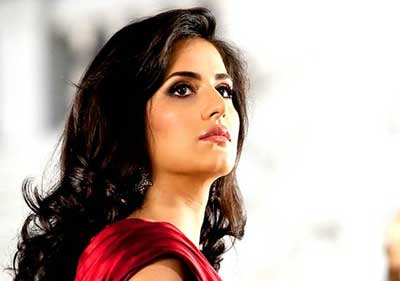 The pretty Bollywood goddess, who broke a billion hearts, when she revealed her plans to get married soon to her hot-property Bollywood royalty beau later this year, Katrina Kaif—turns a year older on 16th July. The beautiful beyond words, all peaches and cream, Katrina is attached to the actor Ranbir Kapoor, who himself is a stuff of dreams, and together, they make a gorgeous pair. The lovely lady is surely a lucky one, as she doesn't have a filmy lineage, but has managed to secure such an enviably prime place in the Hindi film industry. Not one to be credited for her acting skills, Kaif still has been a glamour queen. However, she hasn't done much appearances, off or on screen in the past one year? Will she now? On her birthday we speculate! Ganesha wishes her a very happy birthday, and takes this opportunity to look at Kaif's Solar Chart to predict the way ahead for her.
Katrina Kaif
Date of Birth - 16th July, 1983
Birth Time - Not Known.
Place of Birth - Hong Kong 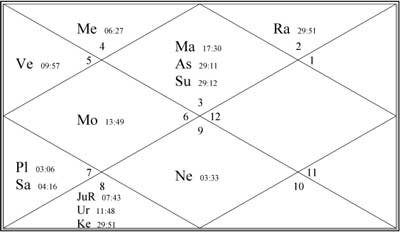 Owing to the unavailability of the celebrity's Birth Time, the predictions for her have been done, basis her Solar Horoscope/ Chart.