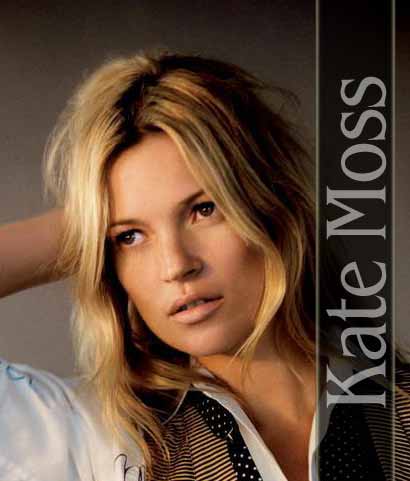 Kate Moss, an iconic English fashion model was born on January 16, 1974 at Croydon UK. She is reputed for her waifish figure and many advertising campaigns. She also appeared in few music videos. Agyness Deyn, another English model was born on February 16, 1983 at Lancashire UK. Deyn was hailed as the fashion industry’s next best super model. She has been called as an “Ambassador of of British Youth culture”.

Ganesha has shown his interest in an astro analysis of these famed models. All explanations in this article are based on Vedic astrology.

Kate Moss, the current super model of the world, has a Capricorn Sun as per the Vedic astrology. Though Sun is in the territory of Saturn – its enemy – as per the natural zodiac (Kaal Purush), Capricorn is in the tenth house and Sun posited therein is considered highly positive for professional success and fame.

Agyness has Aquarius Sun. It’s in the sign of gains and social upstanding. Though her Sun is in its enemy Saturn’s sign, Sun in Aquarius is considered good as it is in the eleventh sign of the Natural Zodiac (Kaal Purush).

A Comparative Analysis:
Let’s have a look on the horoscopes of both models keeping the sun signs as ascendants. The table below shows planetary positions for Kate and Agyness:

Ganesha observes that Budha the lord of the ninth house of Luck for Kate, as per her Sun sign horoscope, is combust as well as debilitated in the Navamsa chart, this does not at all sound good for her luck and career.

And what about Agyness? Well Sukra is the lord of her ninth house of career too, but it is not weak as Kateâs Budha is. More over Sukra is well placed in the ascendant of her sun sign horoscope and is in tune with her ascendant lord Shani, too.

So what does Ganesha see here? Yes! you all got it right, with the transit of Shani to Libra, the crown as super model will move from Kate to Agyness, and that seems to happen after November 2011 and before November 2014.
Agyness, but needs to restraint from getting into negative publicity and try to be in the good books of the people, or she may have to leave the fashion industry mid way around Saturnâs transit through Scorpio between November 2014 and November 2015. Agyness also has a danger to her career between September 2009 and November 2011.

If Agyness survives these periods, then its all hunky dory for her.

Till then? Definitely Kate rules the fashion world.