Bebo may not scorch the silver-screen till Aug 2016 and may prefer family over work, says Ganesha 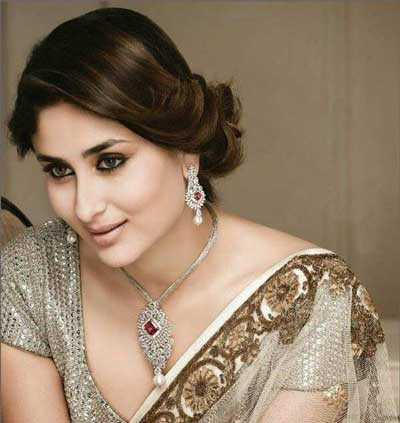 "In the year ahead, we may not get to see the Kareena that we used to enjoy watching on screen some time back", says Ganesha and warns Bebo to look after her health! Read on...
Bebo aka Kareena Kapoor – the gorgeous and astoundingly vivacious Bollywood Diva celebrates her birthday on the 21st of September! After her last outing in Bajrangi  Bhaijaan – the movie which smashed and thrashed various Box-office records, Bebo doesn't seem to be too much in a hurry to do another film. Probably enjoying her marital life to the hilt, Kareena and Chhote Nawab Saif are often photographed as a bubbling and super-happy couple by the paparazzi! Ganesha presents warm birthday wishes to this Kapoor beauty and the Khan Bahu and also predicts the way ahead with the help her Solar Chart!
Kareena Kapoor  - Birthday Predictions
Date of Birth :-  21st September, 1980
Time of Birth :-  Not Known
Place of Birth :- Bombay, Maharashtra, India
SOLAR CHART

[Owing to unavailability of the Kareena’s credible Birth Time, the following predictions have been done using her Solar Horoscope, created using her Birth Date and Birth Place only.]
Important astrological observations:
Astrological Predictions:-
Ganesha wishes a great time ahead to Kareena Kapoor.
With Ganesha's Grace,
Rantidev A. Upadhyay
The GaneshaSpeaks.com Team
Share