Will stars pave the way to Kareena’s successful return with Bajrangi Bhaijaan? 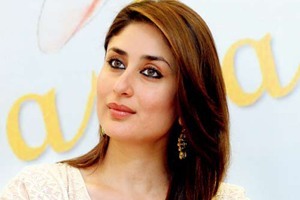 The pretty actress—of the sparkly eyes and snow-white skin—Kareena Kapoor Khan returns to the silver screen after a big gap and her glorious marriage to the Nawab of her dreams. The very talented and one of the leading actresses of Bollywood at one time, Kareena proved that her illustrious filmy background never made her complacent—just more driven. She has appeared in numerous noteworthy roles, and has won awards and accolades for her versatile performances, immaculate style and ethereal beauty. However, post her marriage to Nawab Saif Ali Khan Patuadi, one has not heard much about her professional life. And, that is why her return has created quite a stir. She will soon be seen with the Bollywood titan Salman Khan in his Eid release Bajrangi Bhaijaan. Will we now keep seeing her on the screens? What lies ahead for this once queen of Bollywood? Ganesha looks at her Solar Chart to predict the way ahead.

Owing to the absence of the reliable Birth Time for the celebrity, the following predictions have been done, basis the Solar Chart, created as per her Birth Date and Place only.

Astrological Predictions
Q. Will Bajrangi Bhaijaan be a landmark movie for the pretty actress?

Q. Will we get to see more of Ms. Kapoor Khan in future?
As aforementioned, the collective transiting effect of Rahu-Ketu and Saturn, as per the ongoing transits, will continue to cast adversity in her Chart to an extent that even the influence of the transiting Jupiter’s positivity may not help her much. Thus, the recently started Jupiter transit through Leo too may not be very advantageous for Kareena. All in all, she and her fans may have to wait for at least another year, before Kareena returns to the silver-screen with something substantial, feels Ganesha.