Karan Johar to rock this year as well, predicts Ganesha

He gave Indian Cinema 'Raj & Simran', the two unforgettable lovers of the 90s. He gave the 70mm screen a larger than life look with fluorescent walls, sprawling mansions, micro minis and love stories, worth dying for! Karan Johar is one of the most successful young film-makers of the Hindi film industry. Being the son of film producer Yash Johar, film-making was in his genes, and he made his debut as an assistant director for Dilwale Dulhaniya Le Jayenge. The film still goes houseful in Maratha Mandir, and is the longest running film in the history of Indian cinema. With his directorial debut 'Kuch Kuch Hota Hai', KJo became Gen Y's favourite, and there's been no looking back since then! This 39-year 'young' film-maker has earned fame through his acting, directing, production and his TV chat show  Koffee With Karan. After winning accolades for the designing he did for Shahrukh Khan and Imran Khan, the multi-talented Karan is all set to launch his designer label along with designer-friend Varun Bahl.

The award-winning film-maker turns 39 today. He is banking on his upcoming films  the remake of Agneepath, sequel of Dostana, and Student of the year. Will the films be appreciated by the audience? Will KJo give up his bachelorhood this year? Ganesha, with the help of Vedic Astrology, finds out what's in store for the birthday boy. 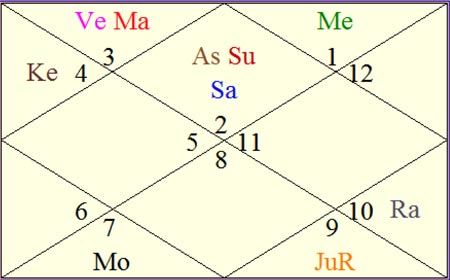 Good luck and may Lord Ganesha bless Karan Johar with progressive year ahead.