Try your hand at writing, says Ganesha to Karan Johar on his 43rd birthday. 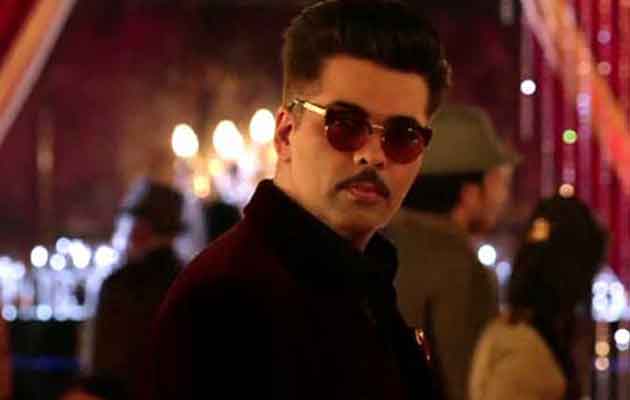 One of the leading director-producers in Hindi cinema, KJo (or Karan Johar) was a success from the word go when he made his directorial debut with the super box-office hit Kuch Kuch Hota Hai in 1998. The versatile Johar, apart from being a film producer, is a director, screenwriter, costume designer, actor and television personality. He is the son of Hiroo Johar and the acclaimed producer Yash Johar. He has won several awards, and his notable hits are Kabhi Khushi Kabhie Gham, Kabhi Alvida Naa Kehna, My Name Is Khan. He is also the host of the immensely popular TV show Koffee with Karan. He produces most of his films under the Dharma Productions banner.

Ganesha with the help of Vedic Astrology takes a look at Karan Johar’s future prospects in Bollywood, on the occasion of his 43rd birthday.

As the Birth time of celebrity is not available, details are based on his Solar Horoscope (Surya Kundali), created with the help of birth date and birth place only.

Astrological Predictions :-
How will the personal life of Karan Johar be?

Will we see Karan acting in future (after “Bombay Velvet”)?

Conclusion :-
Jupiter’s transit over Karan’s Natal Ketu till July 2015 does not look set to be very encouraging for any of his projects, even as a director. However, the period after that looks much better, especially after July 2015, when Jupiter enters Leo. This will be applicable till Karan’s next birthday, as the transiting Jupiter will be in a Sextile aspect with his Natal Venus and Mars. Ganesha feels that he will be active more as producer or executive producer, during the next one year. But, he may not be very active as a writer or director in the next one year.

Post January 2016, when the transiting Rahu and Ketu form a Square aspect with Johar’s Natal Sun and Saturn, he may face more difficulties in his career, as a producer and director, says Ganesha.

We wish him luck ahead. Happy Birthday Karan Johar.