Planets Indicate Trouble For Kapil Sharma, But Things May Get Better Post August 2017 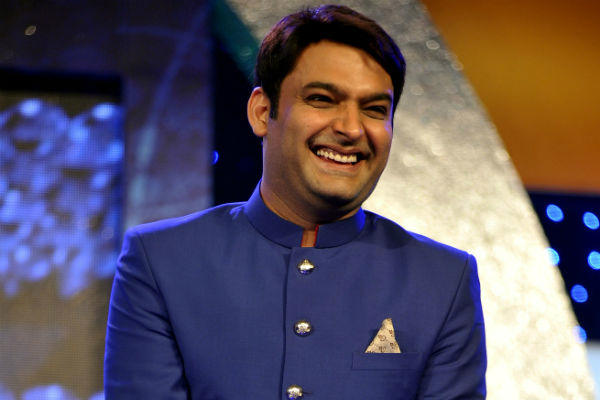 Arguably the most popular stand-up comedian in Indian glamor business, Kapil Sharma is also a television presenter, actor and producer. He hosted the show Comedy Nights With Kapil on TV from June 2013 to January 2016. Currently, Kapil Sharma is hosting another comedy show on Sony Entertainment Television named The Kapil Sharma Show.  Kapil Sharma has been rated by Ormax Media as the most popular Indian television personality in April 2016. Forbes India ranked him at 7th position in terms of fame and 11th in terms of income on their Celebrity-100 list in 2016. The Economic Times ranked Kapil Sharma third in the Most Admired Indian Personality List in 2015. The stand-up comedian was nominated for the Swachh Bharat Abhiyan by Prime Minister Narendra Modi. However, a series of rows (read: drunken brawls) with his co-stars have somewhat watered down his popularity. Ganesha analyses Kapil Sharma's Horoscope and concludes that the stand-up comedian will continue to face a tough time till August 2017, but from September 2017 the stars will shine down on him.
Kapil Sharma
Date of Birth: 2nd April 1981
Time of Birth: Unavailable
Place of Birth: Amritsar, Punjab, India
Surya Kundli

Kapil Sharma: Ketu Behind All The Controversies

Due to the unavailability of accurate birth time of Kapil Sharma, Ganesha focuses on his Surya Kundli as an alternative astrological method of forecasting. Ganesha observes that naturally malefic planet Ketu has been transiting over the degrees of Natal Moon through the 12th house in the stand-up comedian's Surya Kundli. Hence, this factor could be the root cause of such controversial scenarios and this period will rule till August 2017.

Kapil Sharma professional relationship may keep blowing hot and cold and if proper care is not taken, then there will be some more controversies. Due to the affliction of Natal Moon, the stand-up comedian's relations with associates and partners, co-workers may get enveloped in dark clouds and there may also be chances for dissolution. Sharma may also encounter some strange and unusual experiences. Hence, Ganesha advises the stand-up comedian him to guard his honor and reputation, as there will be chances of defamation till the said period.
Get the 2017 Career Report to know about your career prospects this year

Stars Will Shine On Kapil Sharma From September 2017

The period till August 2017 indicates that Kapil Sharma may get surrounded by some sudden problems and stressful situations at the work front. Dealing with either co-workers or other associates may seem tricky and even some misunderstandings may crop up with them, so the comedian should try to be polite and careful in all professional dealings till the said period. The period from September 2017 onwards looks supportive as lot of benefits and gains from known as well as unknown sources are expected. Kapil Sharma may also receive help when in tricky situations. There may be chances of Sharma signing some more profitable deals.
How will the planets influence your business trends this year? Buy the 2017 Business Report to get the answers

The first half of the year may not be quite favorable to make desired gains or benefits in the industry. This very fact makes this period ideal for Kapil Sharma to plan and strategize for the future. The stand-up comedian should be at his creative best and should also draw some plans that will make his long-term goals a reality. During the second half of 2017, Kapil Sharma would be able to handle challenges, succeed in his new endeavors, and his individual performance would be on its zenith. Kapil Sharma would gain through government authorities and the comedian would also be able to overcome obstacles from the past.
With Ganesha's Grace,
Malav Bhatt (Bhattacharya)
The GaneshaSpeaks.com Team
Share