Happy Birthday Kamal Hassan: Is he on a winning Spree? 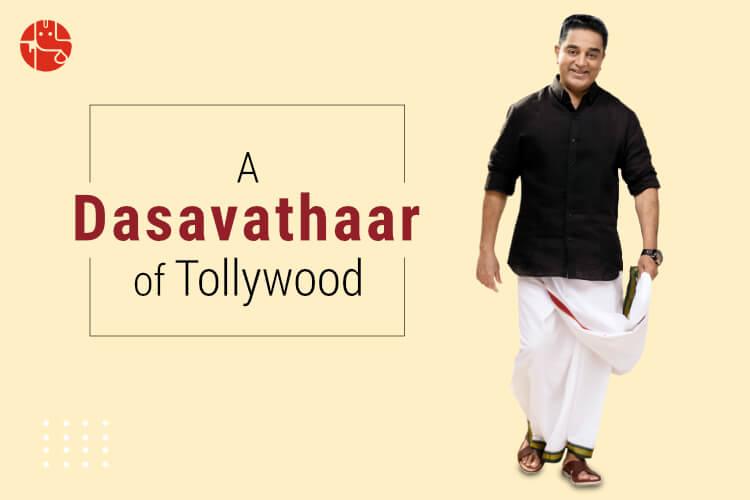 Kamal Hassan a man of myriad faces and an actor of sheer variety, versatility, and zeal. One that made the Indian Cinema lookup from its quagmire of mediocrity towards a horizon of excellence. Kamal Hassan is also known as Ulaganayagan (Universal Hero), is one of the complete actors who undergoes a massive transformation to get under the skin of any character. The actor has played several roles in the past and always impressed the audience with his innovative skills of playing different characters from Chachi 420 to Dasavathaaram. A film for every genre, a role for every emotion, Kamal Hassan’s filmography set the standard even for his own career graph, with each role bettering the previous one, and each film different from the previous one. This is what’s called “Upping the ante”.

The veteran actor Kamal Hassan celebrates his birthday on 7th November, let’s check out how many more Avatar he will have to take in the near future based on his Surya Kundali.

Contact our expert Astrologers to know what your 2021 yearly report says about you.

According to his Astrological Observation, the megastar Kamal Hassan will be under the influence of the significant period of Venus and the sub-period of the Ketu till 27th November 2020.  And then the major and sub-period of the Sun will begin that will end on 17th March 2021. Then again, he will enter the sub-period of Moon and Mars till 21st January 2022. Rahu will make a transit over the natal Venus posited in the 2nd house, and Saturn will be moving over Mars placed in the 4th house of his Birth Chart. The Jupiter will transit over the Rahu till 19th, November positioned in the 3rd  house of the Chart.

Want to know your future prospects and possible events about Future, Get free Personalised Janampatri Now

The Formation Is Seeming Bigger than Enthiran

As per his Birth Chart, the beautiful conjunction of the lord of 3 important houses took place in the Ascendant forming Raj Yoga. And the backing of Saturn from the 4th house would give him a more lifting position to his career or efforts to grow further in his venture with the director S. Shankara. The combination of these two great personalities will prove to be huge and establish a new milestone for his joint ventures.

His Political Inning Or Winning! What will be the fate?

If we look at the placement and transit of prime planets, and the impact of the Sun, it indicates that his newly formed party, Makkal Neethi Maiam may have a fate of winning maximum seats contesting in the legislative assembly. The party may be in a position to achieve its goal of making a corruption-free government. Of course, it wouldn't be that easy for him and his supporters because of the several challenges from the rivalry party. But, the Antardasha of Jupiter will play a very crucial role in this.

The Big Boss will be How Big?

The influence of the Sun and the Support of the benefic Jupiter expect the 3rd house, and Natal Jupiter posited in the 10th house of his birth chart. All these combinations of planets denote innovation, producing great things, completing desires and things, and by looking at it, it seems that Kamal Hassan may show his real KAMAAL in Tamil Big Boss this year for the people.

How will be the Avatar of Two Mega Dashavatar

Mars, which is the Karaka of the 11th house that represents friends and social contact posited in the 4th house of his chart. Jupiter transiting over Mars and aspect Jupiter the lord of 3rd house(Karma), indicates that there is a higher chance that the two Mega Star Rajinikanth and Kamal Hassan may join together for the common cause of benefiting Tamil Nadu and also have enormous success in the year to come.

We wish this Megastar of Tollywood a very happy Birthday!