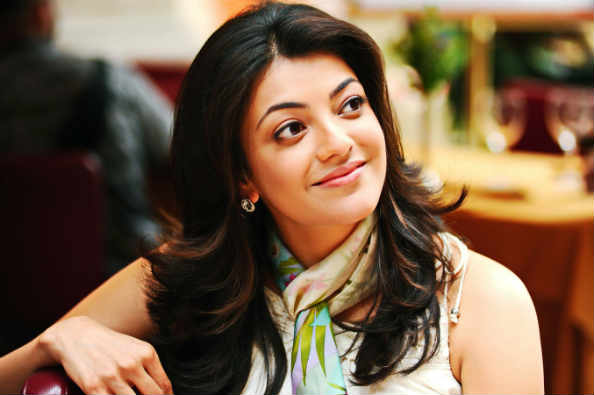 Kajal Aggarwal has charmed the audiences with her elegant grace, charming looks and good acting for almost a decade now. She has made a name for herself in the Telugu and Tamil film industries with a number of blockbusters and Filmfare Awards South Nominations. With her excellent performances on the Silver Screen, she has established herself as one of the top actresses in the Tollywood, and speculated to be highest paid actresses is well. Though the actress would call it ‘accidental’ to be part of the Film Industry, she has not only made her presence felt, but has sent a strong message by admitting her wish to break away from monotonous typical Indian trend of commercial cinema.

However, it is eventually the actions that matter and not the lip-service. Her Bollywood picks, Singham and recent one, Do Lafzon Ki Kahani have strong subjects, but her role is of a typical beloved of the macho-man actor. No matter her choices though, we must accept the fact she is loved on screen.

[Please Note: The Moon didn’t change its Sign on the day of her birth so we have taken her Moon Sign as Gemini.]

The Striking Highlights:
Kajal Aggarwal is born with the Stellium of Mercury, Moon, Sun and Mars, that too in the Gemini Sign and this indicates that she is a very smart person, who can take decisions at the speed of light. She can be very good at communication, imagination and creativity. Swagruhi Mercury in conjunction with Moon in Gemini boosted by the Sun and Mars indicate that she loves to communicate freely and is a person who loves fun and variety. The energy generated in the Sign of Gemini – the Sign of hobbies and talents, finds the proper outlet in the Aries Sign, as Venus, supported by Rahu sets the stage for her to express herself through the medium of films.

The Hard-working Actress:
Saturn in Libra indicates that she is a hard working professional, and that she wouldn’t leave any stone unturned to give it her best. But, on some occasions, she may delay important tasks and decisions.

The Pragmatic Decision-maker
Jupiter is debilitated but retrograde, so she would have considerable wisdom and the tact to handle things well. This will help her in maintaining amicable professional relations.

Extreme Gemini Influence – Cause For Confusion At Times?
Though Kajal may be good at communication and will possess great intelligence, she will have to avoid getting confused specifically at the time of major decision-making because of the over-emphasised influence of the Gemini sign. She may also need to be a bit analytical about things. Her sense of humour would be good and she will appear to be happy go lucky kind of a person. More she travels and more she focuses on small screen, successful she would be, says Ganesha.

“Her personal or love life may remain a bit challenging due to the placement of Venus with Rahu” – Says Ganesha.

The Way ahead:
Ganesha feels that Kajal is going to enjoy good career growth in the upcoming year, as transiting Jupiter will be forming a Square with the Stellium of planets in Gemini in her chart. Though period of about an year from then will be stressful for her, keeping her very busy – she is likely to come across good films or small screen offers.

Saturn’s transit through the 6th house from her natal Sun is going to keep her on her toes, so she will have to avoid over-exerting herself. Though she may be more active in the South at present, she may shine bright in Bollywood as well, as there are four planets in the Gemini sign (the sign that indicates the west direction).

The stars indicate that Kajal will be able to do much better in her career as an actress post September 2017.