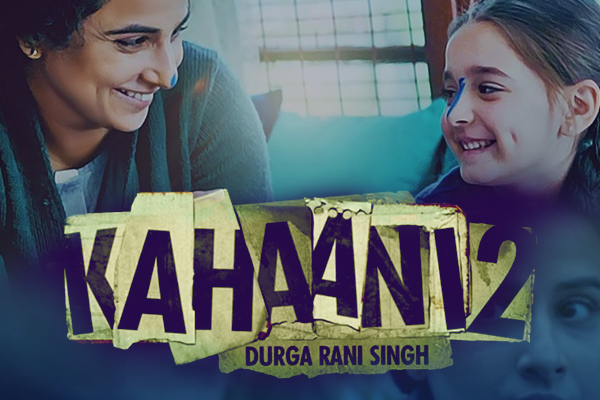 The Vidya Balan-Sujoy Ghosh duo worked wonders in the first installment of the Kahaani franchise and they are now back with Kahaani 2: Durga Rani Singh. This part will also be starring Arjun Rampal in a pivotal role. Ganesha, in his analysis, feels that the film has very good backing from the planets, which will help it perform really well. Despite having wonderful elements, the movie may fall short of becoming a blockbuster and may settle with a hit/super hit status. Find out why.

The starry highlights in the Release Time Chart:

Ganesha notes that Kahaani 2 will be releasing with Sagittarius Ascendant, with the placement of Venus, Mercury and the Moon. The 2nd House of finances will be occupied by exalted Mars.

A good film, but not a blockbuster?
The conjunction of the Lord of the 10th House and the 11th House – Mercury and Venus respectively in the Ascendant indicates scope of achieving a very high level of success. However, even the presence of the Lord of the 8th House – the Moon in the Ascendant may hamper the overall chances and may prevent the film from achieving ‘blockbuster’ status.

What about the performances?
According to Ganesha, Vidya is going to rock the show and her performance will bring a lot of applause from the audiences. Strong feminine planetary influences (Moon-Venus conjunction) indicate that the female characters in the film will pack a solid punch. Mars – the Lord of the 5th House, is exalted in the 2nd House and this indicates that the overall performances of the film will be quite good. Arjun’s role may be interesting and he is likely to do justice to his character. But, this film will prove to be more important for Balan, than Rampal.

Better than the first installment?
Ganesha says categorically that this movie should be viewed only with a fresh perspective and not any preconceived notions. As the Lord of the 8th House – the Moon is placed in the 1st House, the suspense, surprise and thrill element of the movie will be very strong, and thus it will be able to keep the audiences gripped.

A gripping Kahaani is a good thing, but will it fare well commercially?

The remarkable feature in the film’s Release Time Chart is that Jupiter is placed in the 10th House – both from the Ascendant, as well as the Moon. This factor indicates that the movie will open to full houses in many theaters. The business in the first weekend will be very good. The overall collections of the film will be very good, but it may fall a step short of becoming a blockbuster, feels Ganesha.

Excited about the year 2017? Then, get to know how things may shape in the new year with the 2017 Yearly Report for FREE!