'Kabali' may be a grand Rajini treat and it may join the league of the highest grossing films! - GaneshaSpeaks
https://www.ganeshaspeaks.com

‘Kabali’ may be a grand Rajini treat and it may join the league of the highest grossing films! 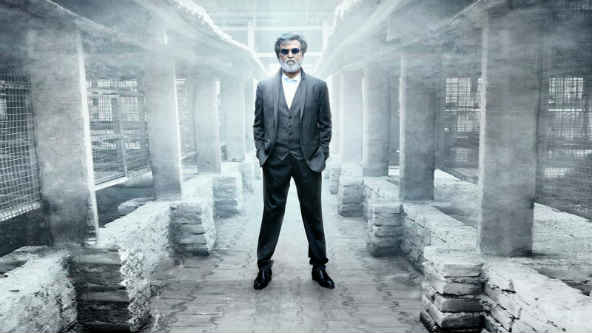 15 years past the Golden Jubilee, the King of South-Indian Film Industry, the stylish superstar of the south, the Thalaiva – Rajinikanth still continues to rule the hearts of movie lovers. Rajinikanth holds the status as the Matinée Idol in the Southern Film Industry of India, and age seems to be insignificant for the star, who can effortlessly drool over his stature as an actor. The Star has been conferred upon the ‘Padma Bhushan’ in the year 2000 and recently has been honored with the ‘Padma Vibhushan’ for his contribution to the Arts and Film Industry.

Kochadaiiyaan and Enthiran (Robot) are some of the recent big flicks the super star starred in and his performances were widely appreciated by fans spread across the world. This year, his fans are awaiting for the gangster-drama film, ‘Kabali’ where Rajinikanth plays the role of Kabaleeswaran. Significant highlights of the stardom of the actor were quite visible at the release of the teaser for Kabali in May 2016. In the minutes of the release over thousands of hits and the movie hash tag started trending on various social media platforms.

Will the movie be able to get ‘Rajini’ size success? Let’s find out with Ganesha.

Ganesha observes that Rajinikanth is born with Leo Ascendant and the Lord of the Ascendant Sun is placed in the 4th House. Jupiter will be entering the 2nd House of finances on the 11th August, 2016. This will give the big boost and thus the movie may fare extremely well financially.

The planets indicate that even the next project of Rajini may be of the action genre. Ganesha advises the megastar to take good care of his health between the period of 29th July, 2016 and 21st September, 2016, as some health problems are indicated.

As far as his role in the film is concerned, Ganesha feels that he will be showered with tremendous admiration and praise.

Now, let’s take a look at what the stars in the Release Time Chart of Kabali indicate…

Successful Marketing Campaign:
Heavy-weight planets, the Mars and the Saturn are in conjunction in the 3rd House of Communication in the Release Chart of Kabali. This placement denotes an aggressive marketing campaign for the movie with various tricks and promotional events across the country. The results for these marketing activities will also be fruitful and it would help the movie bring financial success.

Financial Gains:
The placement of Venus, the 2nd House Lord Venus with Mercury, the Ascendant Lord in the 11th House, the House of Gains. This indicates tremendous success as far as financial gains are concerned. Moreover, 11th House of the Horoscope also represents gains through other means. Therefore, this film will also accumulate significant gains or benefits through endorsements and various other means.

Enemy Of Enemy Becomes A Friend:
The conjunction of Jupiter and Rahu is not favorable in most cases. However, Jupiter who is the 7th House Lord placed in conjunction with Rahu in the sign of Efforts – Leo, in the 12th House. It is a very beneficial placement as far as the prospects related to the Film industry is concerned and it could bring very favorable results for the film overseas as well.

Conclusion:
Kabali would be one of the most watched films in the history of Cinema and it may break some of the biggest financial milestones of Indian Cinema.