Controversies and popularity shall continue to court Justine Bieber in the coming year, vouch the stars!

International teen-heartthrob and pop music sensation, Justin Bieber recently celebrated his 20th birthday amidst much fanfare. His life really is made up of the stuff dreams are made of – and, the controversies that would give a normal person persistent insomnia. At 20, the kind of fan following and popularity he has manged to garner is unbelievable, yet we are piqued to know if he will be able to maintain this in the long term. Is he poised for even bigger things? His Personal Horoscope reveals that by birth itself Justin has many planetary combinations in his favour, which make him an a good artist, singer and a song-writer. Add to this a Vargottama (extremely favourably placed) Sun – and Justin was destined to get fame at a young age. 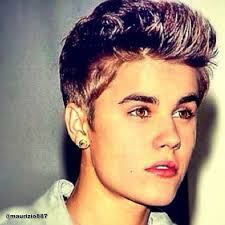 Vedic Astrology lays supreme emphasis on the placement of planets in the Natal (Birth) chart, and in Justin’s case many of these planets are posited in such a way that it is but natural that he earns his living through an art form – in his case, it’s music. In his Natal Chart (Horoscope) – Venus, the planet signifying creativity, luxuries and attraction, is located at the second highest degree that is as the Amatyakaraka planet in his Chart.

A study of his Horoscope, keeping in view the coming times, helped us look further into the life and personality of this Canadian award winning musician, who was discovered barely 6 years back by an American talent manager. Justin’s coming one year would bring him even greater fame and financial benefits, confirm the planets. However, since the transiting Saturn-Rahu influence over Bieber’s 12th House, specifically on his Natal Moon, would be strong, he will have to be very careful in all the legal matters till June 2014. Plus, till November 2014, Bieber shall be under the influence of the second phase of the Saturn Sade Sati – a difficult planetary transit – and thus the time shall be delicate. In view of these aspects, Ganesha feels that Justin, although would gather fame for his songs, he will have to be very careful. If he continues violating rules, he may also be jailed.

Mars, Venus, Sun, Saturn in the 4th house of Justin’s chart indicates that he is likely to remain infamous for his relationships. He may also have multiple relationships.

With Jupiter Dasha starting from 21st March 2015 in Justin’s Personal Horoscope, the pop star’s popularity may start fading out gradually, because his Jupiter is retrograde and placed in the 12th house. His craze and popularity is gradually going to reduce post that period. By 2022, Justin may feel that he is done with it and he may also start thinking of other career options, or may simply decide to just spend his life away from the spotlights.

Justin – Selena bond – how strong it is astrologically?
Justin and Selena’s horoscopes do not have any strong astrological contact points. Justin has Uranus and retrograde Mercury in Capricorn and Selena is born with the retrograde Saturn in Capricorn. This, however, is not a very strong astrological contact point and thus does not guarantee longevity of the relationship. Selena being a Cancer Ascendant person will want to establish family with the person she loves. While, Justin is born with the Scorpio Ascendant, and many planets including Venus and Mars in the 4th House of his chart indicate that he is not the one who would wish to settle with any one person, any time soon. Moreover, Bieber is born with Rahu and Ketu on the 1st House and the 7th House axis in his Natal Chart, whereas Selena Gomez is born with Saturn in her 7th House. This indicates that even if they marry/ commit to each other, chances of a divorce are very high. Thus, the Natal potential for the long and lasting relationship between the two is very weak – so it’s – game over! The couple is not going to be together forever, even if they are into a ‘now on, now off’ relationship, and keep bringing hope to its fans.

Are there problems in your relationship? Find out solutions before the problems cause irreparable damage to your bond. Avail Relationship Ask 3 Questions and find reliable astrological solutions.