The next two months of IPL 6 may be average at best for Juhi Chawla and her IPL team, feels Ganesha. 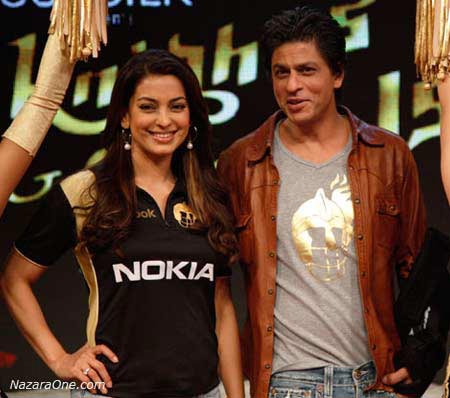 A former beauty-queen and an accomplished actress, Juhi Chawla lit up the silver-screen with her bright smile and captivating performances in numerous films for decades. Apart from being a fine actress, Juhi Chawla possesses a good business sense as well. Besides, she has her industrialist husband Jay Mehta to help her explore the business world. She ventured into film production business in the early 2000s. In 2008, Juhi bought a share in the Kolkata based franchise in the biggest and the most glamorous cricket tournament called the Indian Premier League (IPL). Graceful and jovial that she is, it is a delight to see her in the stands, cheering her team and being with the Kolkata Knight Riders, KKR through all the highs and lows.

Planetary forces and their probable effects on Juhi Chawla during the IPL6.

Juhi Chawla is born with Sun, Ketu and Mercury conjunction in Libra, over which, Saturn and Rahu are transiting at present. This indicates a very tough time for Juhi Chawla, as far as the prestige of her team at IPL is concerned. The transit of Mars over her Natal Rahu will be in progress during May 2013. This transit indicates that the team Kolkata Knight Riders will have to avoid playing too aggressively, if they want to avoid committing silly mistakes and subsequent losses. The transiting Jupiter will enter Gemini and aspect her Natal Mars, which will instil some sort of positivity, feels Ganesha. To sum it up, Ganesha says that the next two months do not look set to be very promising for Juhi Chawla and her team KKR.