Jolly LLB 2 Movie Prediction: Get Ready For Some Top-Class Performances 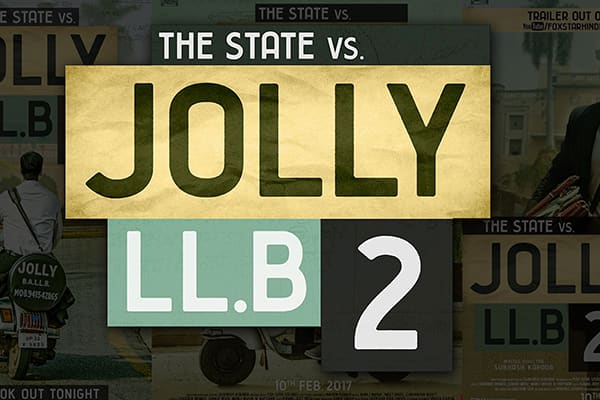 The trailers and promotional videos of Jolly LLB 2 havee been highly impressive and by the look and feel, it seems that the movie will do very well at the Box-Office. This will be Khiladi Kumar’s first release in the year 2017 and thus there would naturally be a lot of expectations from this film which also stars Huma Qureshi and Annu Kapoor. Ganesha sounds quite optimistic about the prospects of this film and even goes on to say that this will emerge as one of the top entertainers of the year 2017. Read on to get the detailed scoop.

Get Your Hand-written Janampatri By Our Experts.
Why Should You Watch Jolly LLB 2?

Jolly LLB 2 – The Star FactorsJolly LLB 2 is releasing with Pisces Ascendant and the Lord of the Ascendant – Jupiter is well-disposed in the 7th House. The Ascendant is occupied by none other than an exalted Venus, who is being given good company by Mars.The Sun and Mercury are placed in the 11th House of gains.Note that the Release Date i.e. on February 10, 2017, and the Release Time i.e. 10:00 am. of Jolly LLB 2 is powered by Number 1 (the total of the date, year and time all come to Number 1 that is ruled by the powerful Sun) according to Numerology, which says that the movie will present some top-notch performances in the comedy-drama genre.

Get the detailed picture of what the year 2017 has in store for you with the 2017 Detailed Yearly Report.

Astrological Predictions:
Financial Fortunes of Jolly LLB 2: The movie will see the grand Box-Office Success in India. Know why.

Wonderful earnings:The first and 2nd house lords are in opposition in Kendra house which is one of the most fortunate signs for the film’s fortune. This factor denotes tremendous success as far as financial gains are concerned.

The blessings of the Lord of the 11th House:The 11th house of horoscope also represents gains through other means. Hence, this film may also accumulate gains or benefits through other means. The film is expected to bring higher and faster profits than that of Jolly LLB in the total box office collection.

The performances:Moon, the Lord of the 5th House is in its own sign in the 5th house of performance, which further shows auspicious signs for overall performances of the star-cast.

Are you wondering how things will shape up at the career front for you in the coming days? Get the answers with the Career Ask A Question report.

The response of the critics:Mercury, being the Lord of the 7th House is conjunct with the Sun in the 11th house. As far as the entertainment industry is concerned, this combination denotes fortunate signs to receive a lot of applause and appreciation from film critics and audiences.

The Final Verdict:Ganesha opines that ‘Jolly LLB 2’ will become one of the most watched films of 2017 and will surely do more business than Jolly LLB at the box office.