With a Rocking Start, 'Rocky Handsome' will enjoy a splendid run in the first 2 weeks! - GaneshaSpeaks
https://www.ganeshaspeaks.com

With a Rocking Start, ‘Rocky Handsome’ will enjoy a splendid run in the first 2 weeks! 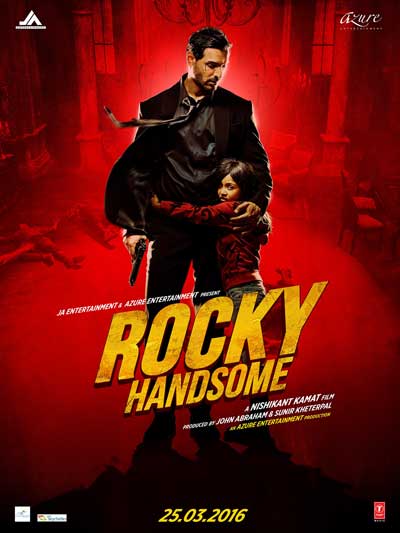 ‘Rocky Handsome’ – the movie, whose trailer amazed us with the super-brawny John Abraham flexing some serious muscle and bashing up menacing baddies in high-octane action sequences, will be hitting the silver-screens on 25 March. Directed by Nishikant Kamat, this movie also stars the pretty Shruti Hassan, Nathalia Kaur and Sharad Kelkar. It will be interesting to note that the director, who has given us movies like Drishyam, will himself be playing the role of a villain in the film which is co-produced by John Abraham! How handsomely will the movie fare at the Box-Office? Let’s find out…

Strong connect with the youth!

Not So Handsome Business Prospects?