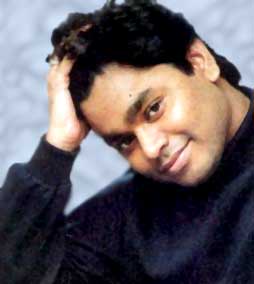 The music director who gives the nation Goosebumps with his music is going to celebrate his birthday on 6th January. He has composed music for many unforgettable songs. Yes, Ganesha is talking about the multi-talented music director and singer A R Rahman. Ganesha studies his horoscope to go deep into his future.

The music award winner, composer, record producer and musician A. R. Rahman was born on January 6, 1966. His birth time is unknown, hence we are writing this article considering Sun chart. He is 32 and has already worked with internationally reputed artistes like Nusrat Fateh Ali Khan, Apache Indian, Zakir Hussain, Kunnakudi Vaidyanathan, Dominic Miller, L.Shankar, Kadri Gopalnath, Vikku Vinayakram, Ustad Sultan Khan and Pandit Vishwa Mohan Bhatt among many others. Rahman has in collaborations with artists such as L. Shankar, Zakir Hussain, David Byrne, Talvin Singh and Apache Indian – both recording and on tour.

Looking at his sun chart, Jupiter and Venus are retrograde in his chart. As Venus is placed in the second house, it makes him very prosperous and gives god gifted voice as well as good ability to make a powerful music, which attracts masses. Fifth house Lord Mars is exalted in the second house from Sun giving him comforts, property, success, name and fame in the area of art, music i.e. in the film industry. This combination shows religious inclinations and association. His Sun sign is Capricorn. The Goat symbolizes Capricorns; Goats love to climb to the top of the mountain, where the atmosphere is clear and fresh. Hence he wants to get to the top in his chosen field- music. He has been also getting fame, prestige and money by his field.

At present, the forthcoming film Jodha Akabar has two songs among which one is a qawwali sung by A R Rahman. Jodha Akbar’s release date is 15th February. At the same time, transiting Venus will be passing over the Natal Venus that is placed in the second house from Sun. Because of this reason the song sung by him may appeal to public. Currently, Sun is in trine aspect with transiting Saturn. As Saturn is Swagruhi in his chart, it shows that he will have a certain amount of patience and enough self-discipline. Thus, he will surely achieve what he is set out to do during 2008. In addition to this, because of the ninth house being under the influence of Saturn’s transit, current time is of improvement. He would find new ways to nurture faith, hope, and vision. Transiting Mars is passing over the Moon which may improve his financial condition. The current transit of Mars from January to April, this phase is good in favour of business. Plus transiting Mercury passing over his Natal Mercury will also be favourable of business till 11th March 2008.

The prediction is based on the releasing date of Jodha Akbar.