‘It’s a Wonderful Afterlife’ to do average business, says Ganesha

‘It’s a Wonderful Afterlife’, Gurinder Chadha’s attempt at making a killer romantic comedy is something everyone is looking forward to. The screenplay of the British film centers on a mother played by Shabana Azmi, whose obsession with marrying off her daughter leads her into becoming a serial killer. Filmed primarily in English, it also has some Hindi and Punjabi dialogues. Gurinder Chadha, the director, co-producer and co-writer of the film, known for making off-beat films has come up with this unusual flick, which uses satirical and ‘Ealing-style’ humour.

The film, which opened to a successful weekend at the box-office in UK, is releasing in India on 7th May 2010. Ganesha predicts the fate of this film with the help of Vedic Astrology System. 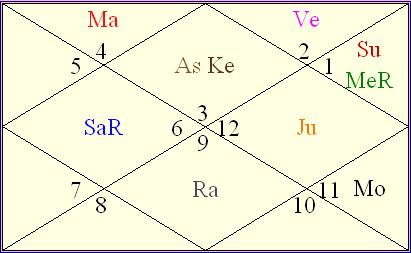