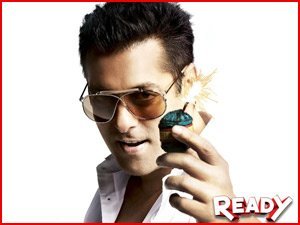 Salman
‘Dabangg’ Khan is back, and is once again, ‘Ready’ to entertain his innumerable fans. ‘Ready’ is a comedy flick, and our Sallu plays a happy-go-lucky ‘Prem’ (once again!), who helps lovers in distress. Going by the number of records his film ‘Dabangg’ broke last year, there is no doubt about it that ‘Ready’ is being eagerly awaited by his fans. And why not? Be it in ‘Wanted’ or ‘Dabangg’, ‘Partner’ or ‘Judwaa’ Salman’s dialogues and dance steps have always made a remarkable impact on the audiences’ mind. In Ready, Asin plays his lady love and although their ‘London dreams’ were shattered, there are a lot of expectations from this jodi as their chemistry was surely sizzling in the film. ‘Ready’, a remake of a Telugu flick also stars Paresh Rawal, Arya Babbar and Mahesh Manjrekar, and Ajay Devgn, Kangana Ranaut, Sanjay Dutt, Zarine Khan and Arbaaz Khan will also be seen in cameos.

As the film is slated to release on 3rd June, Ganesha predicts the film’s fate at the box-office. Will ‘Ready’ go the ‘Dabangg’ way? Will it tickle the audience’s funny bone? Ganesha finds out with the help of Vedic astrology. 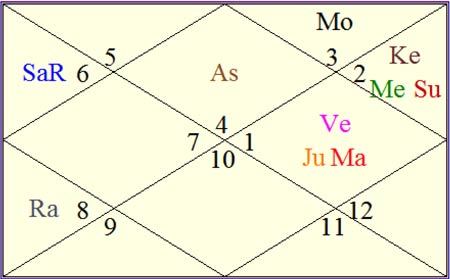 Ganesha wishes good luck to the cast and crew of ‘Ready’.