Irrfan Khan Horoscope Prediction: Health May Be A Concern 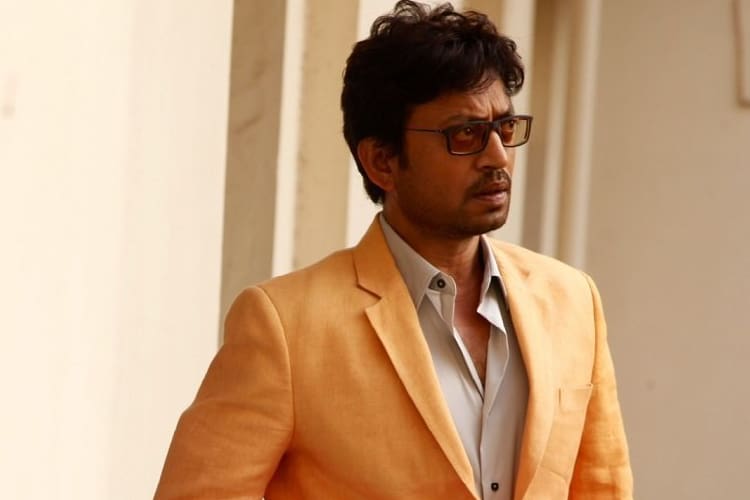 He is known as one of the most critically acclaimed actors of our time and has given some very spectacular performances on the big screen. With great movies like Maqbool, Life In a Metro, Paan Singh Tomar, The Lunchbox, Piku, Hindi Medium, etc he has proven himself time and again of how such a great artist and an actor he is! Yes, we are talking about none other than the Bollywood actor Irrfan Khan. He has not only shown his magic in Bollywood but he has also contributed his talent to Hollywood with great movies to his name like The Namesake, Slumdog Millionaire, The Amazing Spider-Man, Life Of Pie, Jurrasic World, etc.

He started his career by acting in various TV serials like Chanakya, Bharat Ek Khoj, Chandrakanta, etc until he actually found himself doing a cameo in the movie Salaam Bombay in the year 1988. Unfortunately, he was edited out in the final cut of the film but television and theatre had already consumed him for the good in those times. His first international project called The Warrior gave him a big break in the year 2001, for which he was really praised by the audience and the critics. The latest Bollywood movie that we saw him was Karwaan (2018) which did quite well in the theatres. As far as Hollywood is concerned, he was last seen in Inferno (2016) alongside Tom Hanks!

Irrfan Khan has showcased his skills in various movies for which he has received numerous awards and recognition including a National Film Award and many Film Fare Awards as well! He was also recognized with the Padma Shri in the year 2011 for the contribution he made in the field of Arts. Unfortunately, he was diagnosed with Neuroendocrine Tumor in February 2018 for which he was being treated in London. He also mentioned how the disease has forced him to see life from a different perspective altogether! Let us see what the Irrfan Khan horoscope analysis says:

Planetary Position in His Birth Chart

According to Irrfan Khan’s birth chart, he is born with the Sun and Mercury in the Sagittarius sign. Currently, the transiting Saturn is moving over the Sun. The planet of Jupiter is exalted and retrograde in his chart. Also, the transiting Rahu is moving over the planet of Jupiter and transiting through the 8th house (house of adversity) from the natal Sun. Furthermore, Mercury is placed in a detrimental sign and afflicted by the transiting Saturn. Venus – the significator of arts, fame, and success is currently under the shadow of transiting Ketu. The transiting Jupiter is passing through the 12th house which is not so supportive. Not to forget that he is also under the influence of the last phase of Saade Sati. Want to know what will influence your career? Buy the Career Ask A Question Report.

Health May Remain a Cause Of Concern

Irrfan Khan’s horoscope says that the period till March 2019 will bring forth issues that he never thought of. This phase is going to affect his immune system severely and his life will seem more sluggish and tranquil during this period. His health will remain a cause of concern and critical till mid-March 2019 but, he will still look at the brighter sides of things throughout this period. Although Irrfan Khan may be walking on a very tight rope at this time, he will be able to maintain a balance to reach the other end. Do you want to know what will help you maintain a good balance in your business? Buy the Business Ask A Question Report.

He May Come Back Even Stronger

Irrfan Khan’s horoscope analysis says that the beneficial aspect of transiting Jupiter on the natal Moon, Saturn, and Jupiter is strong enough to mitigate the negative afflictions. This will raise the hope to win this battle and come back even stronger. However, the transiting Saturn and Rahu are not looking so good for the present moment. He might start getting positive results of the ongoing treatment after April 2019. But, his health will still require care and caution until August 2019. Irrfan Khan is a superhero himself and we wish him a speedy recovery with the hope that he makes a solid come back!