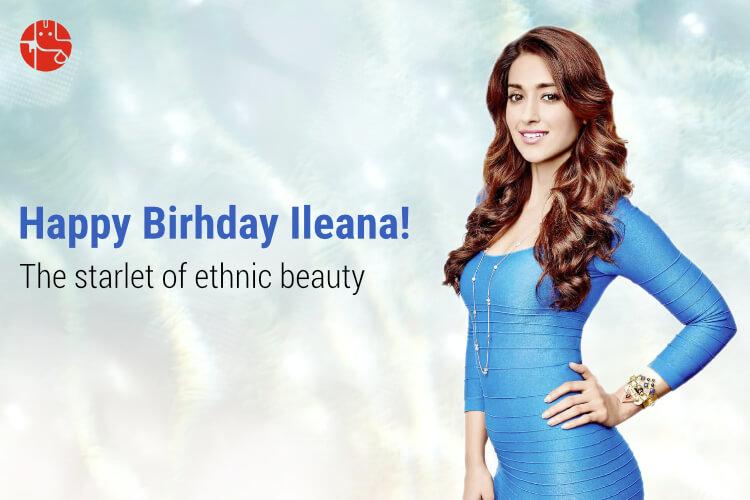 Ileana D’cruz is a model-turned-actress born with an elegant beauty, especially her beautiful smile on her face, which adds to her unusual beauty. She is one of the most versatile actresses who predominantly works in Tollywood as well as Bollywood movies. In Bollywood She started her career as Shruti Ghosh from the film Barfi opposite Ranbir Kapoor and Priyanka Chopra for which she received several film fare awards for the best actress debut. However, before making a debut in a film industry she worked as a model and also appeared in many ad films. Ileana D’cruz always grabbed the limelight whenever she stepped out, even today she is followed by limelight with her ultra glamorous appearance.

As the actress will turn 34 this 1st November, she will again make a comeback with a film The Big Bull opposite Abhishek bachchan to amuse her fans. The film will be Blockbuster or a disaster unleashed by box-office in the later period but till then, let’s check out what her destiny has to unfetter about the success of her upcoming movie projects, personal life, health, and other potential opportunities. So get on a Full Rocker to watch the complete movie about the prospect in the coming year based on her Surya Kundali.

Know what planets reveal about your success and prospects in your professional life by exploring your Career Report 2020.

As per the Astrological observation, in the upcoming days, she will be under the influence of the major period of Saturn, and the sub-period of the sun which may remain till 7th June 2021 and then the sub-period of the Moon will begin. The transiting Saturn may aspect the planets positioned in the ascendant and Rahu may be transiting over the natal planets placed in the 2nd house in her birth chart, which might affect her career as well as health.

Want to know the placement of planets and their effects in your birth-chart? Get Free Janampatri Now!

With The Big Bull, will she find a success pull in her career

In Ileana D’cruz birth chart, the Sun is in debilitation which may deprive her of the success that she might have been expecting from the movie The Big Bull opposite AB junior. However, if we talk about her performance, then she is likely to receive appreciation from the audience and critics.

She will find someone as True as her Soul

As we talked above the beneficial effect of Saturn in her chart, during the year, she may come across someone special from the bollywood or film industry of different countries. This may help her develop personal relationships and when the sub-period of the Moon begins, she may feel much comfortable and find her true soul mate, which she might be dating in her life.

Lady born with healthy cape, always be in a perfect shape

Her perfect dieting, disciplined nature, punctuality in exercise and habit of following aseptic rules may keep her in sound health and beautiful shape during the year. Yes, she may face some general issues like headache, problems in eyes or stomach of general nature sometimes, but it wouldn’t be any big issue related to her health. She will cunningly may be able to maintain her health.

I love music, I love to sing!

The position of Mercury which is comfortably placed in the Ascendant of the Moon in her birth chart may help her fulfill her dream of being a singer and training from A.R Rahaman may also come true. Moreover, the ascendant lord Venus and Saturn the lord of 4th house making a Raj Yoga in the 2nd house of her chart, hence the combination of these two planets may give her success in her singing career not as a profession but as a good singer and would also find recognition as well.

The team of Ganesha wishes her a very happy and healthy birthday!