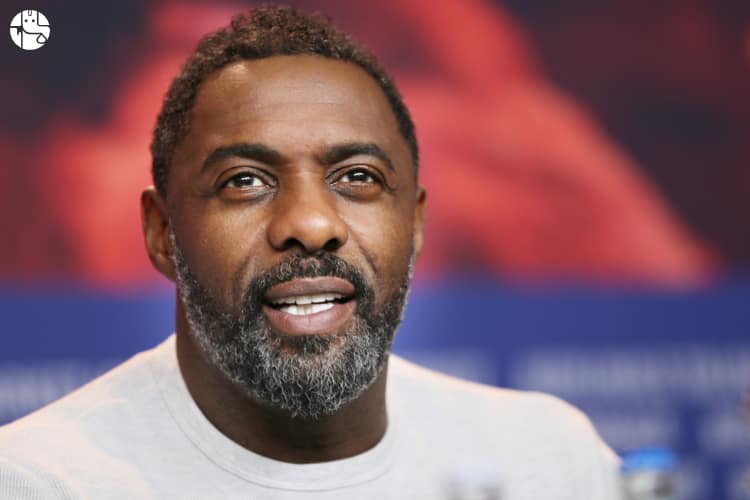 This superstar is not only an actor but is also a writer, producer, musician, DJ, rapper and singer as well. Edris Elba is considered to be one of the finest actors in Hollywood and has been part of numerous blockbuster television series and movies like The Wire, Luther, Mandela: Long Walk to Freedom, American Gangster, Prometheus, Thor Series, Avenger Series, Pacific Rim, Ghost Rider: Spirit of Vengeance, etc. To add further, he also lent his voice for Shere Khan in the movie The Jungle Book as well as the voice of Fluke in Finding Dory!

The veteran artist is also known as DJ Big Driis which is his stage name as a DJ performer. He has also been a part of various music videos including a collaboration with the magnificent rapper Jay-Z! We recently saw him in one of Taylor Swift’s videos called London Boy, this year. Edris Elba has won several awards and accolades including a Golden Globe Award in 2012 for the Best Actor in a series/mini-series! He celebrates his 47th birthday, so let us have a look at the future of Idris Elba! Want to know your future? Ask our Expert Astrologer!

In Indian Vedic astrology, as per Idris Elba’s astrology chart, Sun is placed in its own sign, therefore, such placement of Sun makes him dignified personality and he may also be passionate about all the good things in life. He may be creative, generous and a humanitarian instinct.

Mercury and Moon are placed in a fiery and static sign of Leo. Such placement may make him loyal and affectionate and stand by people he likes through thick and thin. He will be strong-minded, stable and may possess a strong will power as well. He is also hard-working and may possess the tenacity to take the bull by its horns. He might as well be capable of directing, managing, handling and controlling others in the best possible way.

Creative Venus is placed in the sign of Cancer, therefore, such placement of Venus may make him a wonderful partner who would love to have a wonderful home and family. He may also be passionate, sensitive, warm-hearted, protective and affectionate, so says Idris Elba’s horoscope.

Jupiter is placed in its own sign, Sagittarius and such placement of expansive and mighty Jupiter denotes that he may possess a sound mind and later on, may also develop his intellect by sharing his views with others. He may be open-minded and also indulge himself in charitable work. Mr. Elba not only thinks for the present but also has a far-sighted aim too.

BIRTHDAY REPORT – THE ROAD AHEAD

Starting from his date of birth, according to Idris Elba’s birthday prediction, there will be two significant transits of planets and they are of Rahu and Ketu over his radical Ketu and Rahu and, the transit of Jupiter over his natal Jupiter in Sagittarius. To add further, the English movie featuring Hobbs And Shaw is slated to be released in the month of August both in English as well as Hindi dialect.

As per what is mentioned in Idris Elba’s horoscope reading, the transit of Jupiter through Sagittarius will remain very good for him in his music as well as his acting career. He will continue to remain one of the highest paying actors in the film fraternity. His performances will also fetch decent moolah for him during his next birthday.

Furthermore, progressive forces are to keep working effectively and positively. He may not only initiate something new and try to revive his kickboxing career, but he may also involve himself in other multifarious stuff which can gain him more popularity. The transiting Jupiter will be influencing the Leo, where the stellium of planets is posited in his chart. This indicates that he may announce a new album or venture during his next birthday. The movement of Jupiter over his radical Jupiter indicates that something new or enterprising is in offing for Idris Elba. However, he needs to capitalize on everything which comes to him on a platter.

In accordance with Idris Elba’s zodiac, from around the last week of January 2020, Saturn enters its own sign Capricorn. Saturn then moves through the sixth house for his natal Moon in Leo. This movement of Saturn through the sixth house can lead to stressful and demanding time for Idris Elba. He needs to avoid confrontation and refrain from any controversy so that he can remain attentive about getting more opportunities, find a new way to perform and gain handsomely. This movement of Saturn seems much eventful, progressive and at the same time challenging to an extent as well. Want to know the movement of the planets in your birth chart? Avail our Janampatri and know more about your life!

Ganesha wishes him all the best and many happy returns of the day in advance. May Ganesha grant him success and prosperity.