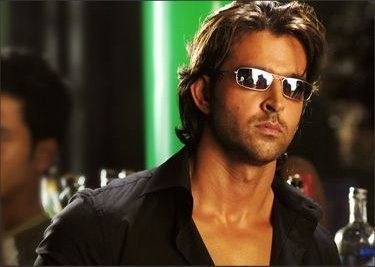 Hrithik Roshan-the superstar of Bollywood has been in news of late owing to his wife's pregnancy as well as an international project that he has bagged. `Brillstein-Grey', Brad Pitt's management of over 20 years, has now signed Hrithik Roshan and Hrithik has finally given his nod for this. Ganesha examines what the planets have in store for the Heartthrob of the Nation. Hrithik was born on 10th January 1974 with rising Pisces ascendant. The Lord of ascendant is Jupiter which is placed in the 11th house of gain and desire fulfilment. Third Lord Venus, which is the significator of arts and acting, is retrograde in 11th house. This is clearly showing his career in films. The Moon is placed in its own sign Cancer giving him natural luck for rising in life. The placement of Saturn in 4th house gives him the ability to sway masses. The Sun which is the significator of fame and name, is situated in the 10th house in fiery sign which is very powerful. This position has been giving name, fame & tremendous success. All in all, his entire Natal chart is very good and is promising him creditable gains in his life. He will be a famous star. His wife Suzanne was born on 26th October 1978 in Mumbai with Leo Moon sign. Swagruhi Venus has given her beautiful ness and attractive personality. In the coming year, transiting Jupiter will be in trine situation from Natal Moon i.e. transiting Jupiter will pass through fifth house of progeny which indicates that one more Roshan will arrive by the mid of next year. Because Natal Jupiter and Moon are in square situation and aspecting each other, Hrithik has a powerful Rajyoga. This is called Gajkesry yoga which will give him more wealth and fame. Moreover, from the end of November transiting Jupiter will pass over the Natal Sun indicating that he will get many types of opportunities in Hollywood. Ganesha has visions that in next year he will enter Hollywood films. Over all his future is bright in Hollywood. In next year, he will get pleasure from the real life fame which he really deserves. Ganesha foresees more success for him in the coming days and wishes the best for him. Ganesha's Grace, Nikunj Suthar, The Ganeshaspeaks Team