Hrithik Most Likely to Be in the ‘Bang Bang’ Mode in 2016 as There Will Be a Lot to Cheer About! 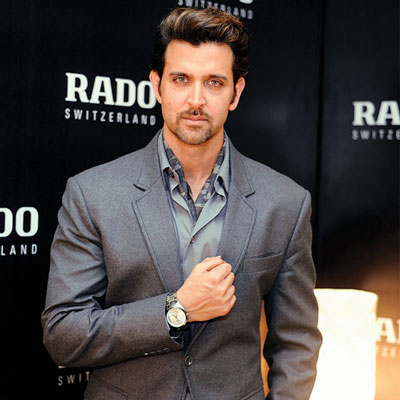 Think, Explore, Plan and Execute – says Ganesha to the Agneepath star, but warns him against getting emotionally carried away…

It wouldn’t have been hard to imagine that a cherubic 6 year-old kid, who, while dancing spontaneously, was captured on camera secretly and brought on-screen by his famous maternal grandfather – J. Om Prakash in the movie – Aasha, would go on to become a star as big as we know him today – Hrithik Roshan! Making his debut in Kaho Naa.. Pyaar Hai, a launch vehicle designed by his father Rakesh Roshan. Roshan Jr; who is also called the ‘Greek God’ for his astonishingly handsome personality, has really made it big with his brilliant acting skills and overall potential, in the Industry which is generally considered to be not-so-kind to the star kids! This extremely good-looking and ultra-stylish actor has cemented his place as one of the most formidable actors of Bollywood, and the number of successful films that he has delivered, like Lakshya, Dhoom 2,Jodhaa Akbar, Agneepath amongst others, bear a testimony to this! This charismatic Capricorn star celebrates his Birthday on the 10th of January. Let’s wish him the best for his year ahead… Read on…

[Owing to the unavailability of credible birth-time of Hrithik, the analysis and predictions have been done on the basis of the Solar Chart/ Surya Kundli with the help of his birth-date and birth-place only.]

A Look at Hrithik’s Year Ahead…

Keep the Dissatisfaction At Bay!

Second Innings in the Romance Sphere: